I see I wasn’t the only one googling &quotGoethe goat&quot today!

Johann Wolfgang von Goethe (1749-1832) was a German poet, novelist, playwright, statesman and scientist. Ever hear of Faust and Mephistopheles from German folk legends? Faust, the man who sold his soul to a devil for power and knowledge? Mephistopheles, the demon? He wrote fanfiction about them. :P This guy: 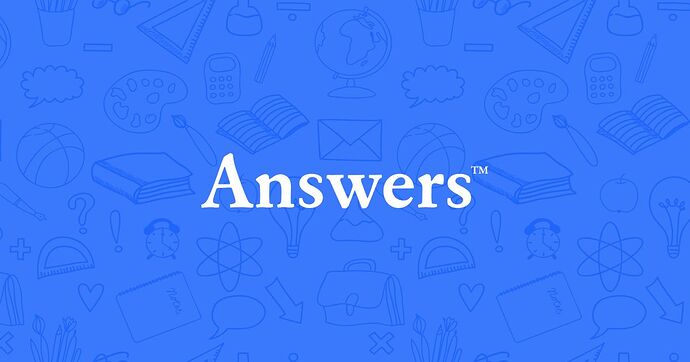 Answers - The Most Trusted Place for Answering Life's Questions

&quotÜber&quot is German for &quotover&quot or &quotbeyond&quot, but it’s commonly used in English to mean &quotsuper, ultimate, really/very, best&quot yada yada. This is surely the pinnacle of the goat breeder’s art! …Or Alexis simply saying he likes Goethe’s written work and stuff like &quotOvergoat MK II&quot or &quotSupergoat&quot would have been silly.

Let’s get to Goethe’s goats (basically the same stuff as Spacemarine9 because obsessive minds link alike):

A) This is the goat which Mephistopheles desired to bestride.

We are working on some placeholder content for this page, meanwhile here are some of our popular pages. Enjoy reading them!

More demon goats are mentioned as you read down. (Fallen London Trivia: The Ignis Fatuus/Will-O-Wisp portions inspired parts of The Fire Sermon dreams. It’s not all references to T.S. Eliot and The Waste Land, guys! But that is 90% of your recurring dreams, yes.)

B) This is the goat which was not very good at guarding a fig tree from a beetle. Seriously!

Please note that this is a parable and Goethe wasn’t just fooling around with his publishing company. …Then again, who’s to know?

Actually, maybe they’re referring to the same goat. Goethe and his love of goats! There we have it. Goats.

If we go strongly with the Goethe thing, we should take our Overgoats to a Prince of Hell and have it upgraded to an Übergoat by selling our souls. More likely than not, we just need 2 Overgoats and a romantic, candlelit roll in the hay. Not us – the goats!

[quote=Alexis Kennedy]&quotoh Lor’, I don’t want to spark another bout of desperate theorising. I’ve changed my descrip, and I can assure you there are no access codes, underhand methods, social actions, briberies or anything else. Goethe’s goat is available through extant content, although the branch admittedly has pretty exacting requirements.&quot

&quotLadies, gentlemen, others, you’re a clever bunch and this one’s probably the first answer that comes to mind. If you wanted to manufacture an improved goat, where would you start?

&quotClap your hands three times and believe in hidden branches.&quot[/quote]

Alexis said he didn’t “want to spark another bout of desperate theorising”, so when his clue points nigh-directly at the Labyrinth of Tigers, it’s probably just that. The main draw of the fourth coil is a church-involving experience, right? The poem mentions beetles, and what’s the Churches connection pet? The Tell-Tale Beetle.

Would it be too simple and obviously obvious if the hidden story branch was located on the Overgoat opportunity card? :X

I actually don’t have an Overgoat - I’m saving up for what I imagine will be its even-more-expensive Persuasive counterpart, the Ideal Schnauzer - but, good luck, folks! Be sure to tell me how it works out, because I have an unquenchable thirst for delicious canon.

Could it be related to K & C? He has an order ovate, night and you do upgrade things there.

Alexisthetest is a test account in general. Mostly for k&c stuff.
I know this because I have been stabbed by it a non-trivial amount of times.
It’s had that medal for ages. Also you don’t… really upgrade things, besides medals. The Overgoat is not a medal.
Well it’s a medal of affluence and avarice, maybe, but it’s not an actual metal medal.
edited by Spacemarine9 on 8/31/2013

I checked out the Fourth Coil. An Overgoat, Empyrean Redolence, and one of every other pet obtainable via Theological Husbandry didn’t unlock any options I hadn’t seen before.

I suppose it would probably help if we knew if it required fate-locked elements or not.

Oh God, what if it requires Hesperidean Cider‽
I guess we could always try in Flute Street.

A Prince of Hell and a sold soul you say? Both are things that exist in fallen London. Maybe you need the high scraps Prince of Hell address. Then theres the servant of Hell Prince you meet in spite, it was rolled out around the same time as the Rob a drunk thing. Follow the clues. Find ye a Hell Prince.

I can’t do scraps things for a while, bottled oblivioned my stats to 0 and list all my lodgings (and lost my salon). But maybe someone with a goat, the address, and access to the spite story could find out.

[quote=Alexis Kennedy] I can assure you there are no access codes, underhand methods, social actions, briberies or anything else. Goethe’s goat is available through extant content, although the branch admittedly has pretty exacting requirements.

[quote=Alexis Kennedy] I can assure you there are no access codes, underhand methods, social actions, briberies or anything else. Goethe’s goat is available through extant content, although the branch admittedly has pretty exacting requirements.

[/quote][/quote]
That’s just what he wants you to think. Clearly it is all of the above and more. Ambition enigma 7 goat sacrifice and all that haha.

If you can’t trust a tiger in a hat, who can you trust??? :tinfoilhat:

Just as a note; it’s possible to get Thwarting Beastly Devils/Taming the Beast to 6 with Company of Monsters at 0: only the Toadstool breeding option requires Company of Monsters 1, for some reason. I don’t know if that’s a bug or a clue.
If there was some way to get The Hunt is On! outside of the Labyrinth then you’d be able to get to Pulling Out All The Stops with no monsters. But whether that’s relevant or not is entirely a goat mystery.

Probably a bug, all things considered. It’s been that way for quite a while. But then again, who knows how long the Ubergoat has eluded us???
edited by Spacemarine9 on 8/31/2013

Is it possible that we have to do something odd with the goat in the nadir?

W-ell I can’t exactly discount the possibility, but the wording of the post (which is… literally all we have to go on, really) said manufacture. You don’t really manufacture things in the Nadir so much as refine them.

Besides, if it was related to the Nadir I think it’d be called Irrigoat. There’s no way you could avoid an obvious pun like that, it’d be one hell of a missed opportunity.

Alexis did outright say in that other thread that &quotIf you wanted to manufacture an improved goat, where would you start?&quot. Since the obvious place you can manufacture animals that I know of is the Labyrinth of Tigers, I would definitely look there. Unless there is some other place I’m not aware of? (Do you upgrade animals at the Nadir? I know you can upgrade a Ruthless Henchman, but he might take offense at being called an animal.)

Only the goatiest strivers can achieve it. Goatiest isn’t a goddamn word. Neither is strivers, according to my spellchecker. Ergo this is nonsense, as with the non-words extricated it says &quotOnly the can achieve me&quot, which isn’t grammatically sound. Unless only someone called The can get it.

No, but seriously, I can’t think of much. Labyrinth (or possibly Empyrean Redolence) seem like the obvious answer, although some of the improvement branches in the Nadir are hidden, so maybe? I’m in the &quotmultiple Overgoats&quot camp, myself. As others have pointed out, though, the fact remains that if it’s a hidden branch, it could be anything. With enough people poking at the game, though, presumably we’ll find it eventually through random chance?

It would be helpful to know if it’s Fate-locked or not. If it is, though, it’s almost definitely the Redolence, which could spoil the mystery.[li][/li]
edited by Little The on 9/1/2013

If the Redolence is involved it’s probably just going to be one requirement among many. Or at least a few obtuse requirements or something. I have the Redolence and haven’t seen anything and I’ve been poking at the entire Labyrinth and all the breeding options and the Overgoat opp card for about two days straight (i.e. all of yesterday and also today)