Do not weep for the sky.

I’ve replaced my Master’s Blood after some extensive grinding (but ooh the Crimson Book was worth it), and finally stat-capped myself, so now the game plan is:

My character, having studied the Correspondence extensively and being driven slightly mad in the doing so, has decided to see how many Fabulous Diamonds he can con the Devils out of. The first goal is 75, just enough to afford an ubergoat. After that will be 512, the exact number needed to buy Hesperidean Cider. It won’t be all I do for the next few years, but I imagine it will keep me in the London quite a bit over the next few years.

Aside from my Hedonism, I have advanced my Sympathetic about Ratly Concerns to 75 for no particular reason.

Please keep in mind that this individual had Hesperidian Cider, previous to the events described in the link above.

EDIT:
If only it would have been possible to leave on the Cider as an inheritance to the new NiteBrite (as in Sunless See)…
And what about the unique quality of surviving the SMEN character deletion? So many lost things…
Sigh… Mr Eaten must be so proud of you…

NiteBrite, is your new goal getting Hesperidian Cider and then deleting the character 7 times?

Please keep in mind that this individual had Hesperidian Cider, previous to the events described in the link above.[/quote]

(And paid quite a lot of real money for it too–charity auction.)

NiteBrite, you amaze me.

Oh…My…God. I knew Nitebrite was crazy, but I never thought he’d actually REFRESH HIS FALLEN LONDON ACCOUNT WITH HESPERIDEAN CIDER WHICH HE PAID MULTIPLE THOUSANDS OF DOLLARS FOR! Faints. Dies. Has seizure after death

For posterity, NiteBrite has been removed from the list of The Overgoated.
I look forward to her grinding up enough echoes to be added back to it.

… Huh. Now I’m even more grateful for that sip of cider NiteBrite gave Cairn on account of their ridiculous weasel collection; it’s like I managed to win a membership to an exclusive club. Oh, and speaking of the weasels…

I’m up to 1,700 now. Every weasel seller in the city is going to be a mumbling, drooling wreck by the time I’m satisfied.

Not all is as it seems: http://fallenlondon.storynexus.com/Profile/BriteNite

Happy 7th of January haha. Looking forward to the 7th of February ;-)

I thought it would be something like that! (Pardon my ignorance: that Warrior’s Code quality is unfamiliar to me. Is it from a custom storyline?)

It’s from Diocesan Intrigue, though I think maybe only one ending gives it.

You magnificent troll, you. I’m actually relieved rather than mad, to find that there are limits that not even you will descend to (but note what it says, that so many people thought it might actually be true . . . ).
edited by an_ocelot on 1/8/2015

I’m really curious as to how that was pulled off. I thought it might be the case, even came up with a few theories, but besides cooperation from FBG none of them held up. Are you going to explain it, Nitebrite, or just leave us Eaten with curiosity?

EDIT: Aaaand I didn’t pay enough attention to the profile. Name switch and new profile, very nice. The trolling was epic level too, I’ve been checking your tumblr and the forums every day to see if it was a trick. :) Glad you didn’t actually get rid of all that hard work.
edited by MartzelDePamplona on 1/8/2015

… … Well, I thought something was off when I noticed the name &quotBriteNite&quot floating around my contacts list recently, and I guess now I know the answer to that little mystery. You know, I’d say this was a pretty good show all-around; it certainly made me chortle a few times.

And, who knows, maybe Zero will wind up using this whole fiasco as inspiration for his ninth Patriotic Adventure. I can just imagine the title now; John Fox and the Missing Mad Clothier! It’ll be his biggest hit yet!

Not all is as it seems: http://fallenlondon.storynexus.com/Profile/BriteNite 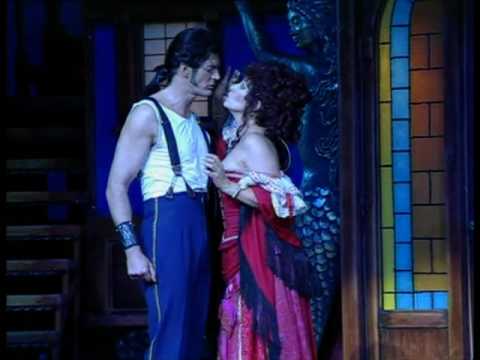 I think the worst bit of all this is that I sent the new NiteBrite account a bunch of invites that will now never be answered!

Why do Pinafore adaptations always give Buttercup fright makeup and an awful screeching Mockney voice? Surely she’s written as a cheerful, likeable, doting auntie type. Another manifestation of the grand British theatrical tradition of being unable to portray a working-class character with any sympathy or subtlety whatsoever?

Why do Pinafore adaptations always give Buttercup fright makeup and an awful screeching Mockney voice? Surely she’s written as a cheerful, likeable, doting auntie type. Another manifestation of the grand British theatrical tradition of being unable to portray a working-class character with any sympathy or subtlety whatsoever?

Actually it’s more that this is the Essgee Australian production, which is known for (and made a point of) hamming G&S up to the max. It’s actually wonderful, inserting lines like ‘And the tar who plows the daughter’, but you should absolutely look elsewhere if you’re looking for subtlety.