Here’s a thread for quick Sunless Skies questions!
edited by Diptych on 7/16/2019

If the Cyclopean Owl was for sale from Mr. Menagerie, what would it’s description be? I haven’t bought any other scouts yet because I have no idea how they compare.

If the Cyclopean Owl was for sale from Mr. Menagerie, what would it’s description be? I haven’t bought any other scouts yet because I have no idea how they compare.

I believe the Owl has limited range, can find up to three discoveries before returning, and conveys more information about what it finds.

Is the Candlewind what remains of Mr. Eaten? I mean, it’s full of candles, it eats your supplies and it makes you hungry . . .

If there is a connection to Eaten, I would guess it’s more superstitious than literal. Seeking and Mr. Eaten are part of the culture both before and after the exodus, so it’s not surprising that skyfarers might name a phenomenon of the High Wildnerness from that mythos. (Plus, I don’t think it actually contains candles–its flickering evokes a candle’s flame.)

Who knows, though? Maybe something of the Runt still haunts the High Wilderness.

Is the business with the amber actually profitable in any way?

Why so unserious? Sunless sea have really good atmosphere. But cosmotrains sounds stupid. Dirigibles will be better.

What are the recommended stats/equipment for smuggling?

Why so unserious? Sunless sea have really good atmosphere. But cosmotrains sounds stupid. Dirigibles will be better.

Why bring air baloons when in zero gravity?

Why bring air baloons when in zero gravity?[/quote]
Not air baloons. Big unclear devices from Iron Republic for moving in space. Designed as dirigibles.
[li]

Honestly, it seems a little pointless to talk of it after its done, but if I were to go a different design, I’m not sure that would cut it, because perhaps from a top-down perspective it might look like a cartoon rocket ship as opposed to a dirigible by not bringing attention to the carriage section. However, I recall that the Merchant Venturer in SSea brought his own invention as your shared vehicle for going into the High Wilderness. I forget its vague description but it was most likely not shaped as much like a train as ours in Skies are. When it was fresh in my mind is made me exitedlt speculate on what the possibilities could be. Can someone give a more clear recalling of it?
edited by Lord Alexander Alderman on 7/16/2019

I think, even zee ships with special modded cosmoengines will be better than cosmotrains.

Have this game their own analogue of SMEN and last Salt song?

It is possible to go beyond the Avid Horizon…

from the other side :)

Are Litigators useful only in the Blue Kingdom?

Does anyone know who is the writer for Hoarder’s storyline?

Does anyone know who is the writer for Hoarder’s storyline? 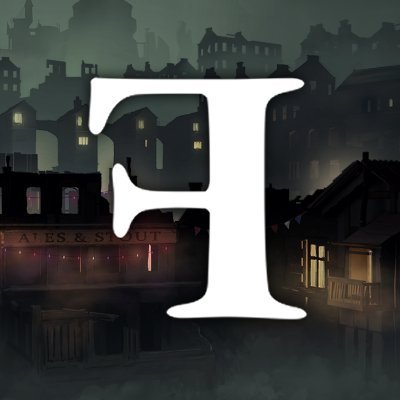 Steam Awards nominations have begun. Should Sunless Skies be nominated for Game of the Year, or for Outstanding Story-Rich Game? You can, alas, only nominate for one (which is why the Outstanding Visual Style award isn’t in the discussion).

A question about the Martyr-King’s Cup: If you’ve finished it once, do you need to start a new game to replay it? I got another favor from the Deathless for my next captain but can’t seem to find the Dismal Chamberlain again. Related to the above, does your choice of ending matter to whether you can replay it?