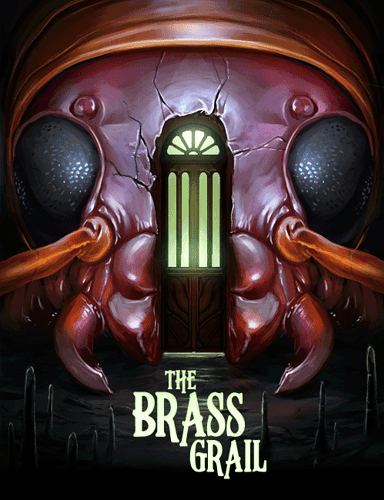 &quotHis Grace wishes to see you. He’s in a shocking state since those books came. He’s barely wrestled any of the staff in a week and he’s off his sherry. I think something terrible has happened.&quot

My, my, the art look gorgeous, delicious friend!
I kindly ask the people around to ping me or the quality/item thread. Happy Sackmas!

[quote=Hannah Flynn][color=#0066ff]The Marriage of Feducci by Cash DeCuir[/color]
[color=#0066ff]It is the first Royal Wedding since London fell: Mayor Feducci’s proposal of marriage to the Captivating Princess has been accepted![/color][/quote]
Is he still called Mayor in this story? Just curious.

Knowledge of the Fallen London universe does make everything the Bishop goes through even sadder when you consider what we know about the Judgements, devils, and souls. In this world, there’s no such thing as the Abrahamic God, so the Bishop is putting himself through all this suffering for basically no reason.

Any info about rewards? Except Cross of Southwark.

And I don’t seem to be able to find the cross among my belongings. The’s disturbing, but possibly tells one more about my memory than reality.

Oh, for Goodness’ sake. And thank you.

I will now go pound my head on the closest hard vertical surface. :)

Warning about some quality loss, y’all:

[spoiler]I lost a point of Revolutionary Renown. This is mediumly-distressing, because I don’t really want the Liberation, but now I’m also 1 point shy from 40.

You will know the option when you see it. It requires Revolutionary Renown. It’s just… Renown was supposed to be an unlock, not an expendable resource.[/spoiler]
edit: spoiler tag works now?
edited by PSGarak on 12/18/2019

I helped the Bishop get acquitted due to persuading the Court of Diligence to vote in his favor.
https://www.fallenlondon.com/profile/Den%20Blackwell/17334015

Can anyone share echoes in the scenario that the Bishop not persuade the Court?

I enjoyed this story. Interesting Rewards, a fascinating examination of the Church and Hell, I found myself extremely satisfied. It was clever and the latter trial part kept me guessing

[spoiler]
As a gay women in real life, I like how this story confronted the Bishop’s homosexuality. It did not handwave it or make it normal (which is totally fine and I love that about general Fallen London) but made the Bishop confront it as a man of the cloth. It did not make it so ugly I could not deal with it, but at least with the supportive version, I like how it was handled and I loved his later quip about going against the natural order.

To reiterate, I enjoy FL’s handling of queerness very much. But this was a little different, and it was nice to see it handled maturely.[/spoiler]

Also, Caroline has 3 Affiliations with cards that can give her Church Favors. How did that happen?

Do you want to know something funny? I was all dead set on betraying the Bishop. With what limited guidelines I had, I tried to pick the “wrong” task options on the assumptions it was just a farce to humiliate the Bishop. I’ve never had much sympathy for the Church, in large part because they’re simply WRONG about who the supreme powers of the universe are, and because the planned invasion of Hell always struck me as suicidally hubristic, hypocrital (yes bargain with the Fingerkings, I’m sure NOTHING could go wrong there) and ignorant in a way that doesn’t embrace the FUN of a hopeless cause, like say-Heorot. Then Virginia bribed me and made a fatal mistake: Not offering up any payment before hand, and making the bribe secrets when I already grind those out on the weekly instead of, say, a devillish vacuum cleaner or something. Something commensurate to suspending anti-Abstraction laws of all things.

I didn’t just suddenly go from being bent on indicting the Bishop to defending him because the devils themselves were torn over Virginia’s plan, or because I want the Brimstone Convention to owe me favors. I did it because the Dowager offered me a much better bribe: The fun of choking someone on their own hubris. I still gave another devil info on the Relicker though, partly because I really have nothing personal against the devils as a whole and mostly because the man keeps throwing my scraps at me.

And that’s the story of how I betrayed everyone except the giant devil dowager so hard I accidentally ended up being loyal to the Bishop anyway.

[quote=Hannah Flynn]The Marriage of Feducci by Cash DeCuir It is the first Royal Wedding since London fell: Mayor Feducci’s proposal of marriage to the Captivating Princess has been accepted!

Is he still called Mayor in this story? Just curious.[/quote]

[color=#e53e00]He was when you asked, I’ve now fixed it to recognise his time is over. Although, if anyone happens to play it (please don’t just for this) and spots anything that’s still weird, please let me know. I like fixing things. [/color]
edited by babelfishwars on 12/19/2019

It was a very enjoyable story, but it seems Hell has stolen a distressing amount of periods from the story.

Is nobody else disturbed by hell “improving” the dowager?

I found it pretty disgusting, especially where they

peel off her eyes.

It becomes pretty horrifying if you consider her fate similar to that of the Chandler, whose link to its ‘chapel’ meant it felt pain from damage to its body, so… yeah.

I completed the story but I admit I am a bit lost as to what happened and why.

I loved the story of Southwark, and the story of James. I loved that we got a very convincing explanation of where the Church stands in matters of homosexuality and sexuality, especially given that questions break out in the forum again and again. Nice to have an official answer.
I didn’t make head or tails of many, many things though. First of all the Court of Diligence hinted at monumental, life-shattering tasks but the feats we had to perform were… really, really easy. Even without the players’ advice, the Bishop would have handled them fine on his own - we weren’t needed save as friends. I was expecting (dreading) horrible dilemmas but instead we got a nice trip of self-discovery. Though I am personally grateful I didn’t have to depress myself (I am soft and my heart is squishy) it makes no sense that Hell would punish the Bishop with a walk in the park, especially given the build-up and the dread. I mean… compared to Abstraction and Matrimony, Diligence was child’s play.

Having said that I have no idea why Matrimony was even mentioned - it made no sense and it’s value to Hell is never explained. I also have no idea what the human-looking devils were supposed to be. Or what Clarissa wanted or who she was. And finally I have no idea what the Dowager was asking of us and what she plans to do with the advice. I was expecting something to happen after she asked and we answered and… nothing. As for the politics, did we learn anything else apart from the well-known fact that Devils have factions?

Am I extremely confused, or were all these threads left hanging?

My other complaint is that the story was unnecessarily action-consuming. The Goat for example was pure padding (tickets, bets, two rounds of fighting… more than half a candle for a completely unrelated story? I am a Paramount Presence, it made absolutely no sense to have to prove anything to a man I have helped breed zee monsters). And it didn’t stop there. Sitting down and opening an envelope, required two different actions. And you had to open four of them! I had saved my Darkdrop coffee for the story, and I didn’t mind buying a candle, but I wanted story for these items, not action-wasters.

All in all, I am left with a lovely impression of Southwark and his story, the Dowager’s haunting image and a bunch of questions.
edited by Jolanda Swan on 12/19/2019

I had a similar run of it to Hattington upthread, though Aria was less deliberately making &quotwrong&quot choices and more agreeing to whichever might result in the best show. And the Dowager’s offer was much more interesting.

That said, with the stilted action issues that Jolanda mentioned, I’m not sure if it’s a story I’d play more then once - so I’d dearly appreciate hearing what happens if you follow through on The Plan if anyone has it. And the reward, if there was one. I’m happy with what Aria ended up with, but curiosity and cats…