The Season of Heart’s Blood is complete. If you played Flint, the Art of Murder and the Waltz that Moved the World, you will have gained an item unique to each tale. These three items can be traded in to unlock a morsel of story, a soupçon of lore and a toothsome reward.

This option opens today, and will remain permanently, so there is no need to trade in your items by any deadline.

The story will be found anywhere in London. Enjoy![/color]
edited by babelfishwars on 2/17/2016

Our friendship has become even more delicious.

After I read the &quotOur Chef de Cuisine requires certain sanguine ingredients for a new recipe…&quot text, I was breathlessly prepared to announce on the forums that de Gustibus had returned to Fallen London, in a new guise. Fortunately I saw this post before I embarassed myself.

Be kind, I have yet to experience de Gustibus.

Edit: A difficult choice. Having come thus far, one seems more obvious than the the other.
[i]edited by Juno on 2/17/2016

Very nice reward (for the choice I made, which is to be daring), thank you.
I hope I won’t seem too bad-mannered, but it was… a bit disappointing. Its very short, so I feel like it needed especially strong text, something very… fleshy ? carnal ? I had pleasure reading it, I just expected more.

PS : I would have kept the unique items instead of the reward if I’d known, since the reward is just a very expensive item. But it’s a BIG reward, you’ve been generous, so I can’t complain. ^^’
edited by Emain Ablach on 2/17/2016

What a tasty and strange journey it was. It was a very interesting one and makes me hope I came away from it ok and curious what the path would have been like.

The words were delicious.

Mmmm. Blood, in sausages, blood in cubes in soup. 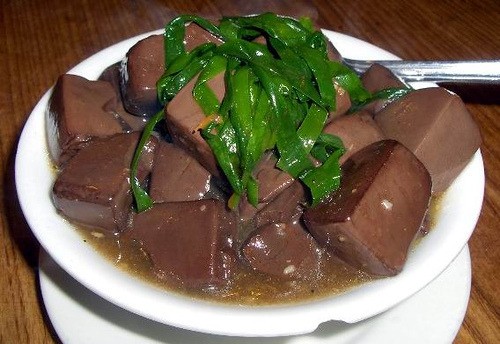 I admit it’s an acquired taste! I like the notion that two of the 312.5€ items may actually be the same thing in some cases, just viewed from a different perspective. And I enjoy the continued role of the Apicius Club as the high-end gustatory garbage-disposal of the Fifth City: snuffling along the storylets, rooting for various valuable, truffley odds-and-ends that clutter up inventories.[/font][/color]
edited by metasynthie on 2/17/2016

Bravo, glad to have come and seen and tasted terrible, terrible things. I fear that in doing this I have taken part in something truly fell and yet it is that very fact that made it so tantalizing. What manner of hedonist would I be if I let such an opportunity be crashed upon the floor like so much wasted potential?

I would like to note, that while by no means do I feel ripped off by the reward, I just wish it had been something a tad more unique in scope. If I had the chance over I may have stuck with my sanguine curiosities. Ah - such is life!

That was fun and delicious! Thanks so much! I chose to be daring. Would someone PM me the text of the other option? I’d love to see the rest of the story.

That was a delightful feast. I’m only, ah, a little concerned about who I was dining with. Oh, I know who they look like, but…
edited by mnemosius on 2/17/2016

[quote=Robin Mask]Strangely, the story presents me with the most difficult choice in the game so far . . .

I both dread and eagerly await the final click XD

I’m with you, Robin, on all counts. Yet my character simply could not have simply devoured that final indulgence.

I think that was definitely who it appeared to be. Seekers and all that.

I thoroughly enjoyed the text. Had hoped to have a unique item or similar to commemorate the three-month experience. I may have kept the other items had I known the reward.

[quote=metasynthie]Mmmm. Blood, in sausages, blood in cubes in soup.

I admit it’s an acquired taste! I like the notion that two of the 312.5€ items may actually be the same thing in some cases, just viewed from a different perspective. And I enjoy the continued role of the Apicius Club as the high-end gustatory garbage-disposal of the Fifth City: snuffling along the storylets, rooting for various valuable, truffley odds-and-ends that clutter up inventories.[/font][/color]
edited by metasynthie on 2/17/2016[/quote]

Could someone PM me the reward for not eating it? I must admit I’m curious.

Oh, I think having a cluttered inventory and having / trying to keep &quotone of everything&quot is quite common especially among long-time players! De Gustibus struck me as a kind of &quotmiscellaneous gobble-up&quot that exists partially in tension with that tendency, and such tensions are very very FL, if you ask me.

Odd, does this mean that we’re cannibals if we eat the dish? How delightful! (Unaccountably Peckish increases…)

Fun! More than I expected.

It certainly seems possible (from the qualities and items involved) that I could play this content again if I redid the 3 relevant stories. Can anyone confirm or disprove this?

I see no reason why you couldn’t, aside from not being able to reset the Art of Murder or the Waltz That Moved the World yet.

I’d also like to know the reward for choosing not to eat that delicious thing.