Everyone loves... a Quirky Girl


I finally capped all my quirks!

This is much harder than it used to be and involved lots of odd contortions. I had a couple at over 12 from the old system, but lost them in unexpected ways during Exceptional Stories. So I set out to be as quirky as possible. After all, what good is a system that wants you to roleplaying difficult either-or choices about what kind of personality you have if you can’t overturn that system and yell &quotI HAVE LOTS OF INCONGRUENT QUALITIES, OK?! CONSISTENCY IS THE LAST REFUGE OF THE UNIMAGINATIVE AND THE HOBGOBLIN OF LITTLE MINDS.&quot

A great person doesn’t have to think consistently or whip Clay Men consistently from day to day, as Ralph Waldo Emerson once wrote, and neither do you – if you are willing to use every Making Your Name tracking gate you can, kill your Nomen on purpose, hang around Mrs. Plenty’s Perfumed Pleasure Garden way too much, never make up your mind about the Velocipede Squad, lurk around the Carnival just to get your horoscope read, be very paranoid about every new Exceptional Story, and so forth.

I’m wondering if this is worth a guide at some point, although it might have to wait until after the Favours/Renown changes are all in as they’re definitely changing this landscape. (As this post itself may.) In some cases, it might only be possible to cap these quirks on new characters, being quite careful about several major one-time decisions. Are there people that would want such a guide? 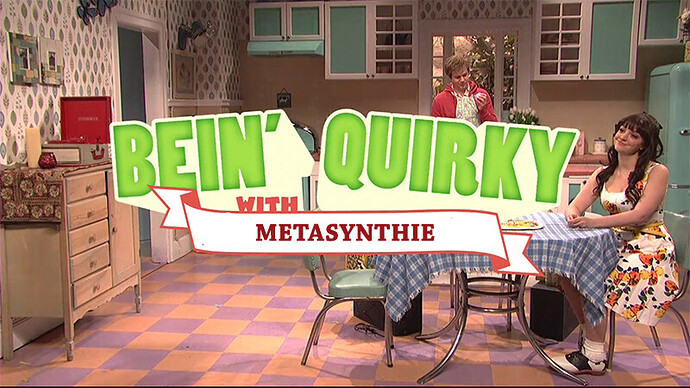 That’s quite an impressive feat!

Agreed! I’d be very interested to learn how you accomplished it.

Also my congratulations, but condolences first.
edited by Grenem on 3/29/2016

Congratulations! Most of my quirks never reached past 5 because they keep cancelling each other. xD

Many many congratulations!You are a role model to my character.
(Now that every quirk is above 12 - go seek the elusive Paramount Presence! That must be the key).

I would be interested in a guide as well.

What are the one time storylets you can’t
mess up? And if you’ve already messed up, is it possible to use fate to still max out anyway?

I think it would be quite Magnanimous to provide such a guide. In fact, given the already existing requests for it, it might be Heartless not to… :-)

I’m not necessarily sure I NEED the guide at this point, but I’d still love to see it.

The one-time storylets you “can’t mess up” mostly have to do with very rare opportunities to get particular quirks over level 10 – sometimes without having to lose another quirk in the process.

In the current game, most of these happen when a “Making Your Name” quality increases; if you’re trying to maximize both Forceful and Subtle, for instance, this choice is quite valuable:
http://fallenlondon.wikia.com/wiki/Play_with_the_Spies_of_the_Great_Game

…because it’s one of the few branches that raises Subtle over 10, and furthermore it does so without lowering Forceful, unlike the majority of other Subtle-raising choices. Instead, it lowers Melancholy, which can slowly be regained up to 15 with enough Nadir visits and Tears. It’s because this is so rare that it’s easier to max Subtle+Forceful with a new character; the only other way to do it is by killing a LOT of Nomen, probably over the course of years.

Some of the other one-time opportunities happen during the Cheesemonger, or the end of the University investigations, during Ambitions, and so forth. A lot of these are important for say, getting Ruthless high enough (12) that you can use the quirk-polishers.

This is a lot of what a guide would consist of – identifying the “springs” that can raise a quirk to 15 (or initially 10, since those are easier) without lowering another quirk, and then finding the “pumps” that raise a first quirk while lowering a second, as long as you have a “spring” for the second one (or a third one connected to the second, etc.) Of course, these details are in flux right now because of high-level Renown raising, which are new limited source of high-level quirks until hitting the stat cap.

I hope they will throw you a bone and include no quirk-droppers in future ES so you can play with peace of mind :)

I hope they will throw you a bone and include no quirk-droppers in future ES so you can play with peace of mind :)

Or alternatively some kind of accompanying warning text along the lines of &quotThis is a forceful, but not very subtle approach&quot.

As far as I know, it’s just elaborate endgame mucking about. There are a couple things like the Scarlet Saint unlock at the House of Chimes, but even those aren’t really mechanically significant.

[quote=Harlocke]As a fairly new player, I have to ask, is there any tangible benefit to having quirks this high? Or is it primarily for bragging rights?

As far as I know, it’s just elaborate endgame mucking about. There are a couple things like the Scarlet Saint unlock at the House of Chimes, but even those aren’t really mechanically significant.[/quote]

I keep insisting it unlocks a very desired quality which most here say haven’t even been implemented yet by the designers.

Not at the magnitude meta went too- hedonist 8+ means give a gift hands out second chances on a non-gifting option, and other similar benefits are scattered- but most good ones are well below 12, much less 15- the absolute cap. 10 is the soft cap, and most quirks have few additional benefits past 8.

I understand the logic behind quirk caps, but I used to work at keeping mine all moving in an upward direction, and I used to have some impressively high ones. The only quirk I have that remains unusually high now is Magnanimous at 27.
edited by cathyr19355 on 3/30/2016

Another way in which raising Quirks is likely to be easier for a newer character (or one willing to nuke connections) is that as I understand it, raising Renown raises a quirk and can go over 10. (It has a corresponding dropping quirk, usually, but let’s assume we’re finding a way to game the system.) I was already hit hard when I wanted to raise Steadfast and realized that my Renown: Criminals had started so high from the conversion that I wasn’t sure I would have enough goes at the Skeleton Key before I could no longer succeed at the check!