Allright, I’ve read the rules, and while there’s no forum specifically for fanart, it doesn’t seem to be any rules specifically against it, so if there isn’t any prohibition against fanart, this could be the thread to post it in. I got a couple of pictures to post, but I want to wait until I’m sure it is okay to post fanart.

I look forward to seeing it! There isn’t nearly enough EBZ fanart on the art gallery sites I use.

I second this entire thing if it gets going, I have some stuff to scan but I’d like to see other people’s work as much as I’d like to draw even more! I’m not sure if that made sense but boy do I love fanart.

Ooh. I can’t draw worth anything (slight exaggeration), but my significant other has some fanart I’d like to pimp.

EDIT: Also I’d like to steal all of your art for my EBZ tumblr. With permission.
edited by narcissus_echo on 12/19/2011

Gasp! The fun has been doubled! I’ll hopefully get something up… soon. (Though if it’s worth anything, I drew my avatar as my character.)
edited by Audrey Shae on 12/19/2011

I can’t say it will be great, but I will try to post some Neath themed fan art in the near future! I’d really love to see the EB community expand like this.

Then I can pimp! My partner’s EBZ art hangs out here:

Lots of characters from our RP group, but anyone can appreciate fanged hats and delicate hair-mushrooms.

Wow, those are lovely. Especially the fang-hats. :D Mad props to your partner.

I second Aspasia! These are very cool, I like Becquerel and oh, the hats. And what a spiffy velocipede!

From a letter found in the mail-room of the Squidheart Museum of Comic Art:

[i]"Greetings, my name is Jack Owlfisher, and by trade I am a consulting detective. but I moonlight in several areas, such as medicine (I liberate people from all the weighty echoes in their wallets), interior decorating (Spartan design is all the rage this year, your mansion will look so much better without all those valuables distu5rbing the Feng Shui), politics (economic redistribution, mainly) and, as it happens, I also dabble in the art of humoristic scetches. I fully support this faculties noble, if slightly mad goal of bringing legimacy to the field of comic art, and I wanted to make my support known with some humble contributions of my own. 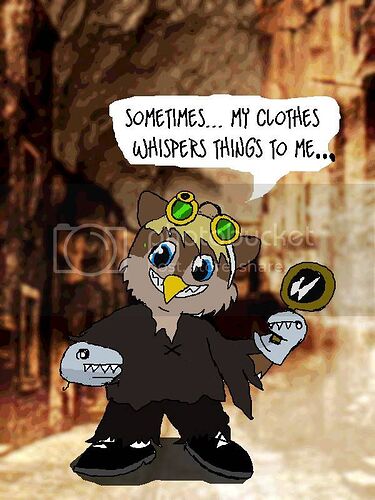 Caption: Aaah, this brings back memories, of when I first emerged into Fallen London, a young investigator with big hopes and dreams. I wanted to uncover every hidden secret, in every cryptic grafitti and strange tattoo, and as a result, I was periodically driven mad as a brass button. But I am feeling much better now (if not saner). 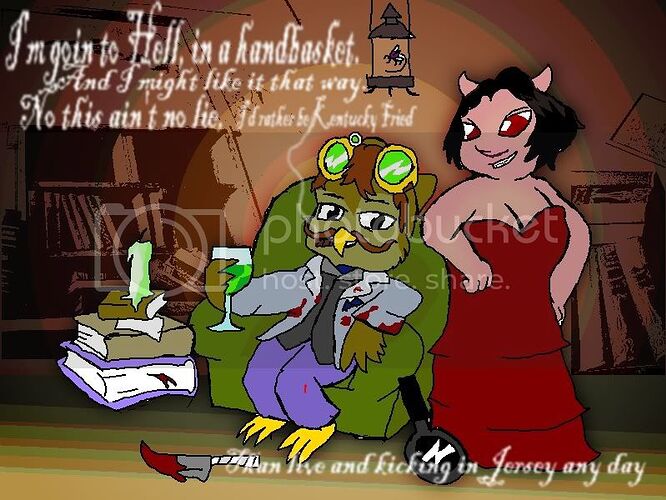 [/i]Caption: Then, I am sorry to report, tragedy struck. I thought I had found it, the thing poets and madmen tlak about only as “love”, and for a while, I guess I had found it, that time was blissful, but came to a sudden end as my love where brutally murdered and I was left with a void that still todaw is only partially filled. After that, I took comfort where could find it, in my intellectual pursuits, mulling over anchient volumes of forgotten lore and mushroom classifications, in the company of devils, spending my afternoon discussing philosophy over mulled brandy, in a bottle of F.F. Gebrandt’s Superior Laudanum [i]and in the pleasantly distant honey-dreams, and in the sweet sadistic thoughts of revenege. One day, my nemesis WILL be dead. Permanently. I will make sure of it. In the meantime, I suppose there is no harm in indulging myself a bit in infernal and earthly pleasures…

I hope these will be of use to you, and if not, you still have my full support as the one gallery in Fallen London with nothing in it worth stealing.

P.S. Going trough my notes, I also found these scetches, they do not directly relate to Fallen London or Echo Bazaar, but it does capture the zeitgeist of the place somewhat, don’t you think? Anyeay, I will include these for completions sake. 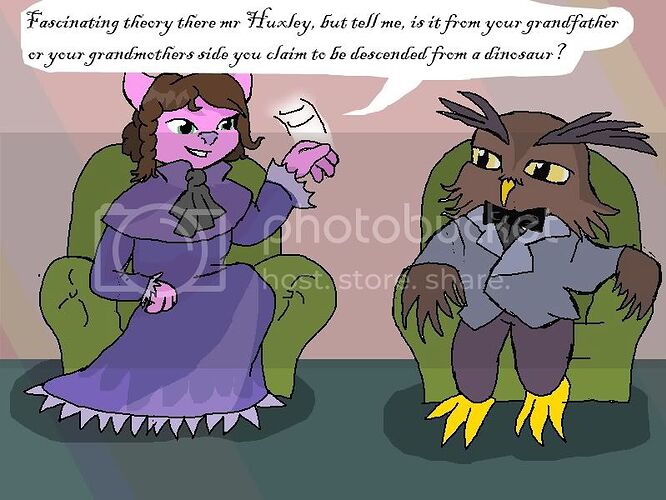 [/i]
Caption: [i] T.H. Huxley, a friend of mine and a supporter of the theory of descent trough natural selection. Pictured here with noted Archeologist (read: Tomb Raider) Lila Burner. 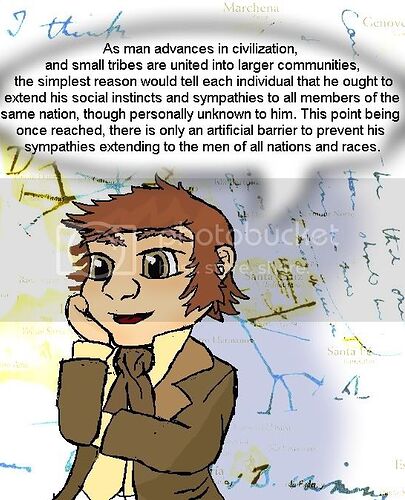 [/i]
Caption: Mr. Darwin, laying out some of the ideas of Humanism, a philosophy I’ve found quite agreeable.
[i] 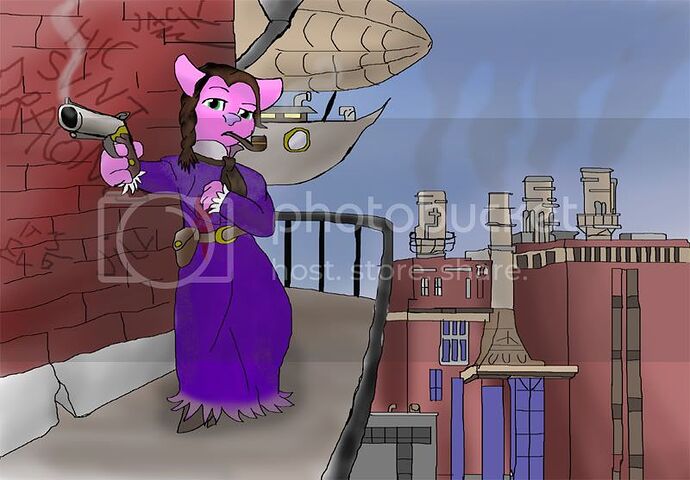 [/i]
Caption: [i]Noted Archeologist (Tomb Raider) Lila Burner, doing what she does best. 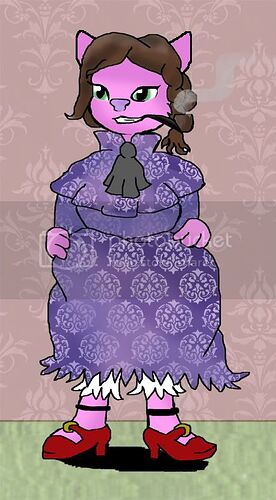 Lots of familiar faces in there - delightful!

Allright, I really want to get the fanart action going, so who’s up for a little contest? So far its just an idea, and I want to know if you think it is a good or a bad one, since everyone is still just settling in. I was thinking the theme could be “The citizens of Fallen London”, I wanted something with a lot of freedom for people to interpet as they please. There’s some room for variation, you could draw your own character, draw a character in the game, or just draw your idea of what an average fallen londoner would look like. Anyway, so far it is just an idea, who’s up for it?

I am totally up for the idea of a fanart contest.

I love that first picture, Owlor.

Hello delicious friends. It’s good to see others who’ve taken up the brush.

This was my first attempts and one of my favourites 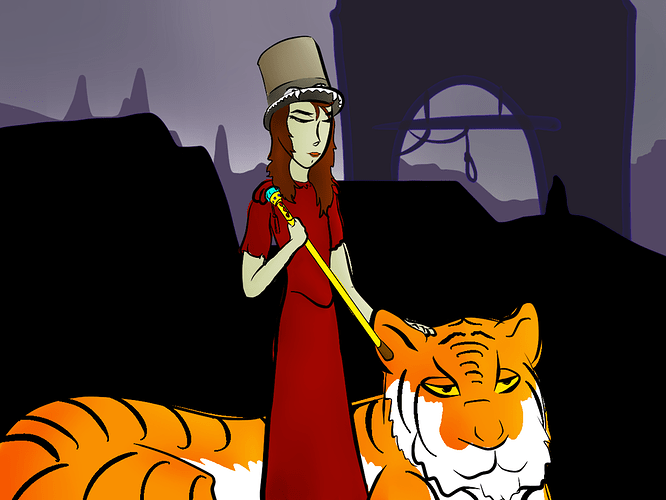 As to not flood everyone with the backlog of art, piling up over my … how long have I been in the Neath? I do lose track of time.

But I will leave you with this, which I am quite proud of. Be warned, it is rather scandalous. 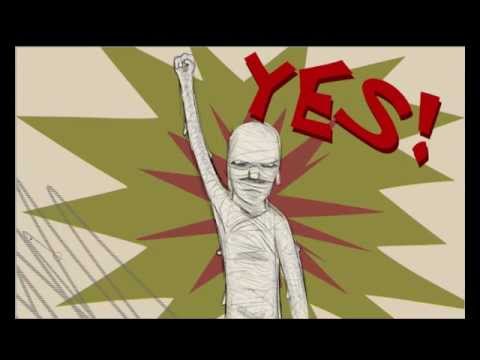 Holy beans, Boyd, that video was so cool! And adorable.