[color=#cc0099]Delicious friends, the Exceptional Story for December is here! 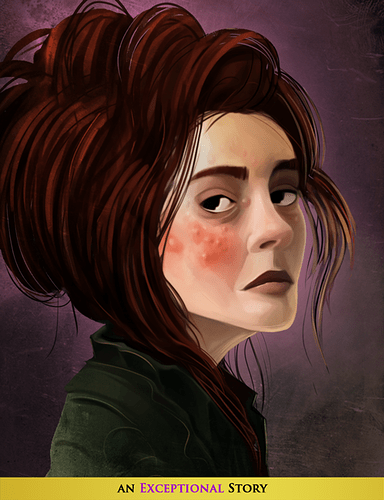 Investigate Veilgarden’s most exclusive Honey Den, infiltrate a house of charity, and venture among reprobates at Watchmaker’s Hill. Join us in a cup of red honey and burrow through the lost memories of the woman with the bee-stung eyes.

Finishing all three stories in the Season of Silver will make you eligible for an additional opportunity, to follow.

If you want to keep an Exceptional Story beyond the month it’s for, you must complete the related storylet in the current Season’s card throughout London. This will save it for you to return to another time.[/color]
edited by Absintheuse on 2/23/2018

This story is amazing. The way it’s all laid out, the plot, the fact that there’s a use for the Cat’s chiefest claw, the choices, it’s great. Only problem is that some of the storylets, despite having titles, didn’t put the title in when I echoed them, meaning I had to do some copy and paste. And when that’s the biggest flaw with a story, it means the story is pretty damn good. Kudos.

Hahahaha, my thought exactly! Really wonder if this ES will have some implications/requirements/rewards related to dream qualities!

Oooh I’m with Omega here, I thought it was fantastic. The plotting and pacing was great, the way that the PC uncovers facts & draws conclusions feels natural and it’s always fun to see unexpected items/qualities used. The Withered Vagabond was superbly well realised and I thought this was one of the more touching stories in the game, period. Reining myself in here to avoid gushing/spoiling, but play it - and if you don’t love the Vagabond then I’m not sure we can be friends.

Loved this one! Recently I was pleasantly surprised by the story, and the final choice was pretty tough… The mechanics were also really good and I felt like I was playing an adventure game. One of my favourites!

The result text for asking the Vagabond about her locket seems to be missing a first paragraph. I had to infer that it contained a photograph of a man, when it really feels like it was meant to be stated outright.

Agreed about the artwork! They’d definitely have to get Helena Bonham Carter to play the Vagabond in the film version. :-)

I’m about halfway through the story, and I’m really enjoying the pacing, the mystery, and the language.

Also, because I’m playing the Nemesis ambition, the references to red honey have an extra resonance for me.

Did anyone echo what the Repentant Rogue said when you asked him to come back with you? My phone died while I was reading it

[li]
Man, I was WONDERING where I’d seen that face before. Certainly can’t unsee it as anyone else, now.

That aside, while I wasn’t as blown away as some (the House of Charity carousel was a BIG action sink, argh) I definitely appreciate being able to try Red Honey again, and certainly cared more about the Vagabound than just about every other major NPC in the last 3 ESes. And I normally don’t even need a reward to ruin an NPC’s life.

Actually, the more I look it, the more I think it looks like a different Harry Potter actress, Shirley Henderson.

Does anyone know what sampling the red honey does? I assume it’s the alternative method to unlocking the safe, though I’d prefer confirmation along with any other qualities it may provide.

I just started playing two weeks ago, and I signed up just now for the forums just so I could comment how much I love this current story. I became an exceptional friend right away because I wanted the two candles, but I have to confess I was very disappointed/uninterested in last month’s story (with the Church and all the politicking). This one is way more what I was hoping to see :D I can’t wait to explore everything but alas, my candle runs short again.

[spoiler]You relive some of the Vagabond’s memories. You are correct that one of those memories gives the safe combination. Each memory also gives a point of one of the Evidence qualities, and a regular item (I think one gave Vision of the Surface, another a Touching Love Story). I do not recall any other unique qualities.

Thanks for the information. Does this affect the story in any way? Or does choosing to sample the honey have no bearing on the story or ending save for rp text?

There is a later mention about her being in pain from it, but it’s one line with no real bearing

There is a later mention about her being in pain from it, but it’s one line with no real bearing

[spoiler]I am at the climax of the story now, and I believe that if you don’t sample the honey, certain endings will be foreclosed.

Or… maybe not. I occurs to me that you learn from the Rake, when you find him, enough information to potentially trigger all three endings. The only way to know is to find people who have NOT tasted the honey and chose each one of the possible endings. [/spoiler]
edited by cathyr19355 on 11/30/2017

[quote=Cthonius]There is a later mention about her being in pain from it, but it’s one line with no real bearing

[spoiler]I am at the climax of the story now, and I believe that if you don’t sample the honey, certain endings will be foreclosed.

Or… maybe not. I occurs to me that you learn from the Rake, when you find him, enough information to potentially trigger all three endings. The only way to know is to find people who have NOT tasted the honey and chose each one of the possible endings. [/spoiler]
edited by cathyr19355 on 11/30/2017[/quote]

[li]
As someone who has been counting, very approximately, how many 1x(relevant storyline progression points) you get (I went through the Vagabound’s house and Rake bits before sampling the honey) I noticed you get a total of 8xthe betrayal one, and 7xthe sacrificed for love one. So it seems that you do indeed need to partake of the honey in order to unlock the third ending, since that does require 7 progression points for both storylines. [/li][li]
edited by Hattington on 11/30/2017[/li][li]
edited by Hattington on 11/30/2017