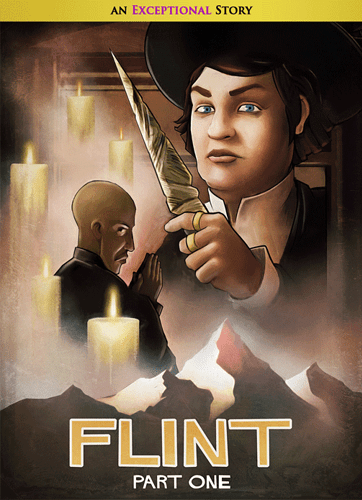 In the bright heart of the Elder Continent lies a prison built to hold a pretender-god. You’ll see what lies there. But first you’ll need to steal an instrument of power from the lair of the Order Vespertine. And that’s the easy bit.

Flint is a special Christmas treat: a two-part, Truly Exceptional Story. Part I is coming on 29 October, and Part II will follow on 26 November.

Written by Alexis Kennedy, each part on its own is bigger than a standard Exceptional Story.

Traffic with the inscrutable Bishop of St Fiacre’s; penetrate the mysteries of the Order Vespertine; and in Part II, be the first to see what lies behind the borders of the Presbyterate…

How does a two-part Exceptional Story work?

Regular subscribers will have access to the first part of the story in November. Anyone who is an Exceptional Friend in December will be able to play both parts of the story then.

Snuffers! Knapt! In the Garden were selected the Shames!
[clutches a page from the Liber Visionis]

A quick question: Is there a way I can stack up on Subscriptions all at once rather then one payment a month/ because i have a bit of extra cash right now but I’m not sure if I will later for this story.

Very exciting! I get far too depressed in winter, so this will be a real treat :-)

Anticipation has made me delusional: 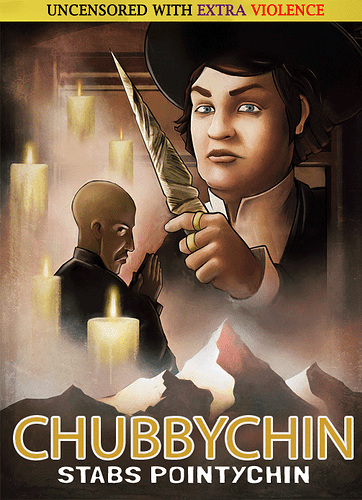 This hurts me. Why must you taunt us with content that’s so far away? The brutality of it all.

This hurts me. Why must you taunt us with content that’s so far away? The brutality of it all.

So that there’s time to infiltrate the Order Vespertine beforehand? To the Moon Leagues!

The Knapt! The Woman in Yellow! The Patroness! The Word of Caution! The Light Factory!

The entrails spoke true! Haruspex does work!
edited by deadcrystal on 10/8/2015

This is definitely interesting.

So you can buy Friendship with Paypal now? I didn’t know because at the beginning, it was only said it would be possible ‘eventually’, so I stocked up for half a year and haven’t had to replenish it yet.

I’m really looking forward to this.

Looks cool. Can you now buy someone else a month’s Exceptional Friendship? Because that looks like a good seasonal present.

Very very cool. What will happen if someone signs up in December? Will they get just part 2?

Very very cool. What will happen if someone signs up in December? Will they get just part 2?

[quote=h4nchan]
[font=facitweb-1, facitweb-2, ‘Lucida Sans Unicode’, ‘Lucida Grande’, sans-serif][color=rgb(0, 102, 255)]Anyone who is an Exceptional Friend in December will be able to play both parts of the story then.

Ah, I assumed that was continuing the scenario from the previous sentence. I see it now though.
Certainly a fair and generous way to handle it.