In your FAQ you clearly state:

[quote]I want to record a let’s play or a video review of your game. Is it okay for me to stream or upload footage?
Almost certainly. You’re also welcome to monetise the videos. But please don’t use it for anything naughty or unlawful. If you like the game, we’d appreciate a link to our Steam page, too.[/quote]

However on the 23rd I received a Youtube copyright claim on the following video: 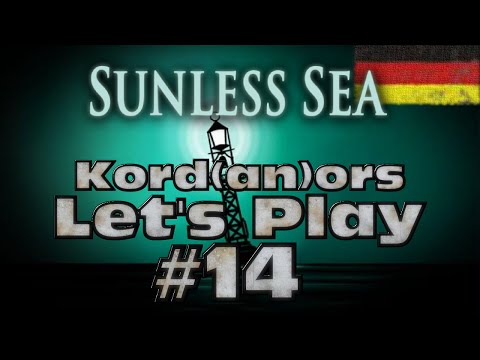 [ul][li]catapultdistribution[/li][li]On behalf of: Mickymar Productions and Failbetter Games[/li][/ul][color=#ffffff]So in this case it’s not really a false positive. But if someone claims these copyrights on &quotyour behalf&quot that basically states, that the FAQ is incorrect. Or that they do something which they shouldn’t.

Would appreciate any info regarding that.[/color]
edited by Kordanor on 4/24/2016

This is probably something better done over email. Feedback@failbettergames.com. That way you know you’ll get their attention.
edited by suinicide on 4/24/2016

Yeah, definitely email FBG about it. I get the impression that this is an automatic flag from the Content ID system rather than someone actively flagging Let’s Plays specifically. I could be wrong, though; I’ve never made Youtube videos before so I’m not sure how all the different types of claims look.

[color=#009900]Mickymar and Catapult are both legit. Mickymar is Maribeth Solomon + Micky Erbe (our composer and her creative partner); Catapult is the distribution service we use to get things on iTunes and other stars.

We followed up with Catapult about a previous instance of this, and they say:

'Most likely what has happened is that the user who uploaded the video received an automated e-mail from YouTube stating that Catapult is claiming the copyright of the song used in their video (on your behalf). That same e-mail basically tells them that they do not need to do anything further, but that advertisements may appear on their content. Anytime a match is found by YouTube, an e-mail is sent to the user that uploaded the respective video informing them of this.


RE the FAQ: we only part-own the copyright on the music, so we may need to amend the FAQ there. (This auto-monetising service postdates the FAQ).[/color]
edited by Alexis on 4/25/2016

Thanks for your response.
Well, that is basically the normal way copyrights are claimed. And of course this happens with other games as well.
Just normally I can just appeal them. In the case of dozens of not hundreds of claims on my Xenonauts videos I appealed with

[quote]This is a false positive. The owner of the Music is Golhawk Interactive and they gave a general permission including monetization, which can be read over here:
http://www.xenonauts.com/faq/

I quote:
4) CAN I MAKE AND MONETISE VIDEOS OF XENONAUTS ON YOUTUBE?
Yes. Feel free to record Let’s Plays of the game on Youtube if you have purchased the game, and you are also allowed to monetise these videos.[/quote]

Now this works because it is true. But if I appealed it without having reason they would deny it. And in the next instance strikes would happen.

I have another example which is actually similar to the one of Sunless sea I guess:
At some point I had lots of claims regarding Expeditions Conquistador. In this case I contacted the Developers who then contacted the company responsible for the claims which then removed them. But I guess there were some contracts in place between them (and of course kudos to them for taking the effort).

Now the thing is, that once somebody is claiming the video, and you do nothing as stated in the mail you cannot monetize it yourself anymore. This effectively means that the &quotYou’re also welcome to monetise the videos.&quot isn’t true anymore because this is done by a third party now.

Now if you do not fully own the rights for the music there is not much you can do of course, but then the FAQ has to state something like the old one from ubi-soft (if I don’t mix it up) which stated that any claims by third parties have to be accepted.
Of course this removes the whole income from Let’s Players who are not part of a network taking care of it.
Now in my case it’s not a big deal, I am only making like cents with it, and it’s more of an annoyance that the video will now clutter up my list of &quotcopyright notices&quot in youtube which is why I will probably just silence the 30 seconds, but I think this can become a problem for others, especially if the claimants / a new youtube script start to go through all videos now. I mean they raised this claim after the video was available for over a year now. So there might be dozens to thousands similar claims popping up now.

Cool, thanks a lot and I guess I can also thank you in the names of lots of other youtubers who weren’t even aware. ;)

You are a prince Alexis. That’s classy.