As the topic message says, some icons will instead show a red question mark. I wouldn’t normally speak up about things like this, but after scouring the web and finding no similar post or mention, and because the issue also affects combat somewhat, I’m really curious if anyone could help me out here.

I’ve reinstalled the game. Verified the game’s integrity through steam. And have also updated my stories and other extra downloads.

Here are some screenshots to illustrate my problem. 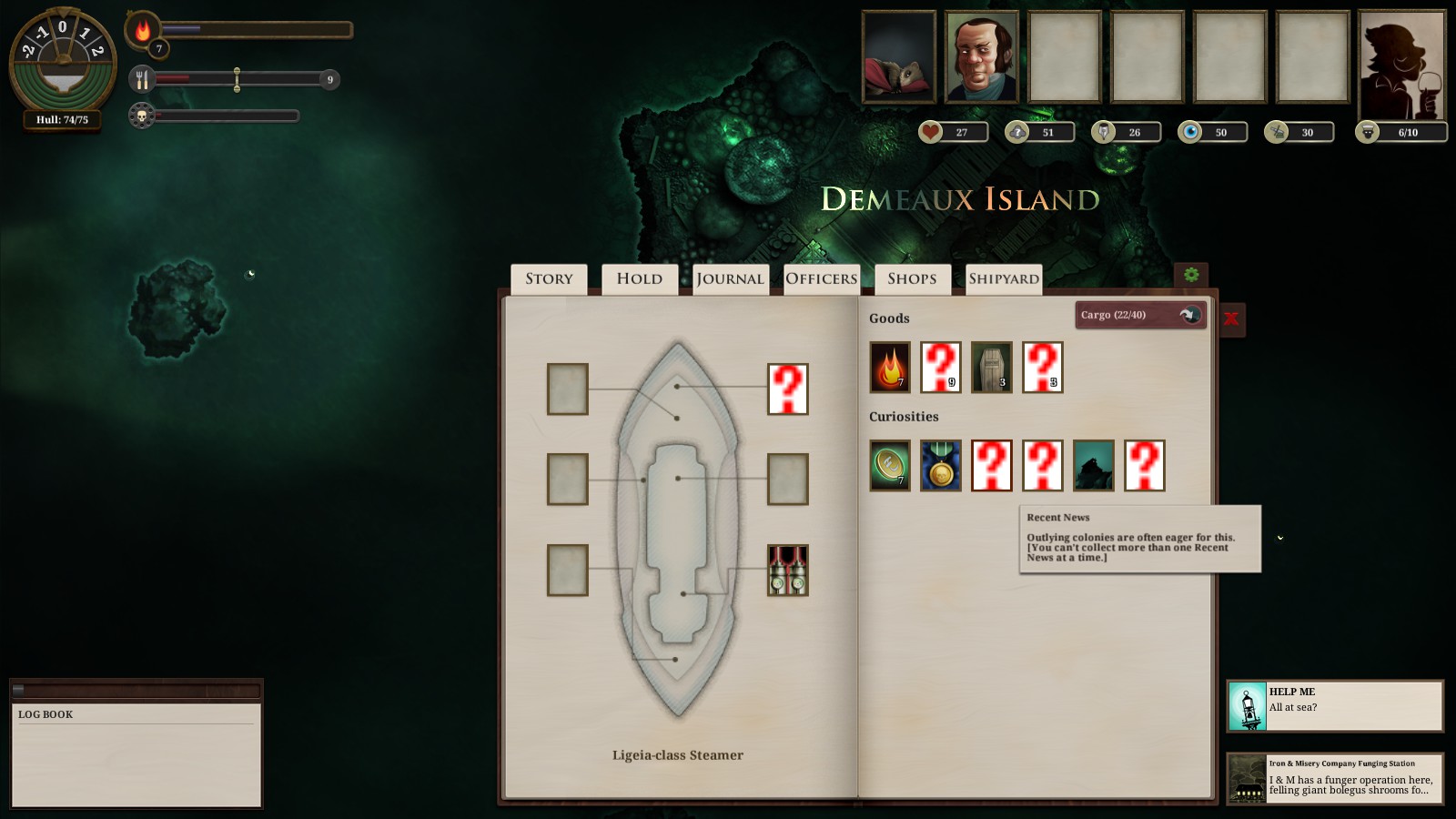 OK, you win today’s prize for the weirdest bug :-P

That is an odd bug! It’s best to send bug reports to sunlesssea@failbettergames.com, attaching your output log as per the instructions here.

You might also try going to your C:\Users&lt;User>\AppData\LocalLow\Failbetter Games\ directory and deleting everything in there, then re-installing the game. A lot of art assets and stuff are stored there and they’re not removed with an uninstall AFAIK. There’s a chance you may have gotten corrupted files, which is why the game won’t load them.

There’s also a chance that user directory is read/write protected for some reason, but chances are you’d have more wrong with your game were that the case.
edited by Nenjin on 7/8/2014

Hey guys, thanks for the responses.

To Nenjin - your solution worked out. I had suspected that something had probably gone amiss with the initial installation because my router went down during that time. But after reinstalling several times, I had convinced myself that that couldn’t have been the case.

So thanks dude! Would not have figured it out myself.