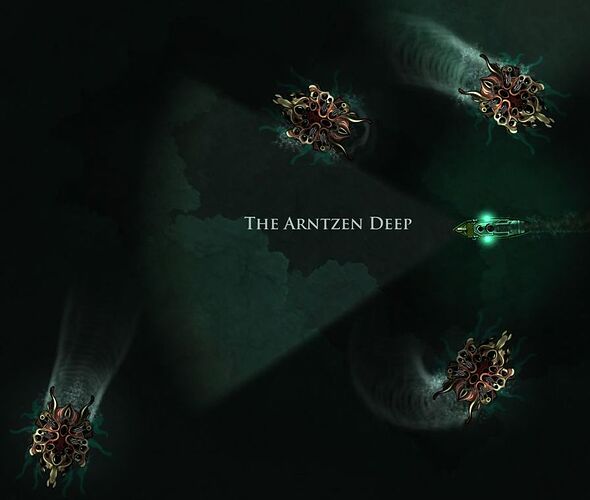 You’ve got mine … I have never seen one in game :(

Thanks for posting, Garrison… now at least I know what it looks like. Just like Lady Ciel, I’ve never ever seen one in my game!

The latest patch changed the min/max spawn range on Gossamer from 0/1 (basically, never) to 0/2 (same as Salt Lions (I think)). So it should be spawning a lot more. I haven’t played since the last patch, though, but I’ll have a play and confirm.

Interesting to see that the everspawn bug hasn’t been fixed.

Never seen one. Craziest thing I had was 18 Rat Barges. I killed about a dozen, but even in a dreadnought, I eventually had to flee.

=== and thanks, I’ve never seen the tree of ages either.

What does it give you?

&quotthe heart of the tree of ages&quot which looks like a spider. it can be used in the father’s bones quest.

Found it, defeated it and given the heart to the Fathomking. The strange catches will be useful as well :)

I wish I could show the heart to the spiders when they dismiss the Tree of Ages as just a myth.

I know, I know - they just dismiss it as such when asked. Which is why its heart would let you call them out on their crabshit.

Yeah… I guess. But I think the devs are trying to limit the number of insta-death choices the game offers.

Well, the picture in the first posts kinda suggests otherwise…

You’ve got mine … I have never seen one in game :(

Me neither.
Instead I got 7 Rat Barges on my way back from Mark of the South.

Well, the picture in the first posts kinda suggests otherwise…

Pretty sure that’s technically a bug. Well, several bugs, but you know what I mean.

Really more of a Copse of Ages.