The new Watchful tracker is based on a quality called &quotA Name Written in Seven Secret Alphabets&quot that has seven levels:

Some of these seem to have to do with the stories you complete to ascend through each successive tier. &quotThe Illustration,&quot for instance, may refer to the secret language of tattoos used in the Great Game, and Loamsprach is the language of the Clay Men – that quality is earned right after you solve the case of the Missing Heiress. Hudum is the classical Mongolian alphabet, and the &quotLanguage of Xanadu&quot also has overtones of the Fourth City. Horizon Glyphs sounds like it’s the Correspondence, since the glyphs around Avid Horizon are in that language: 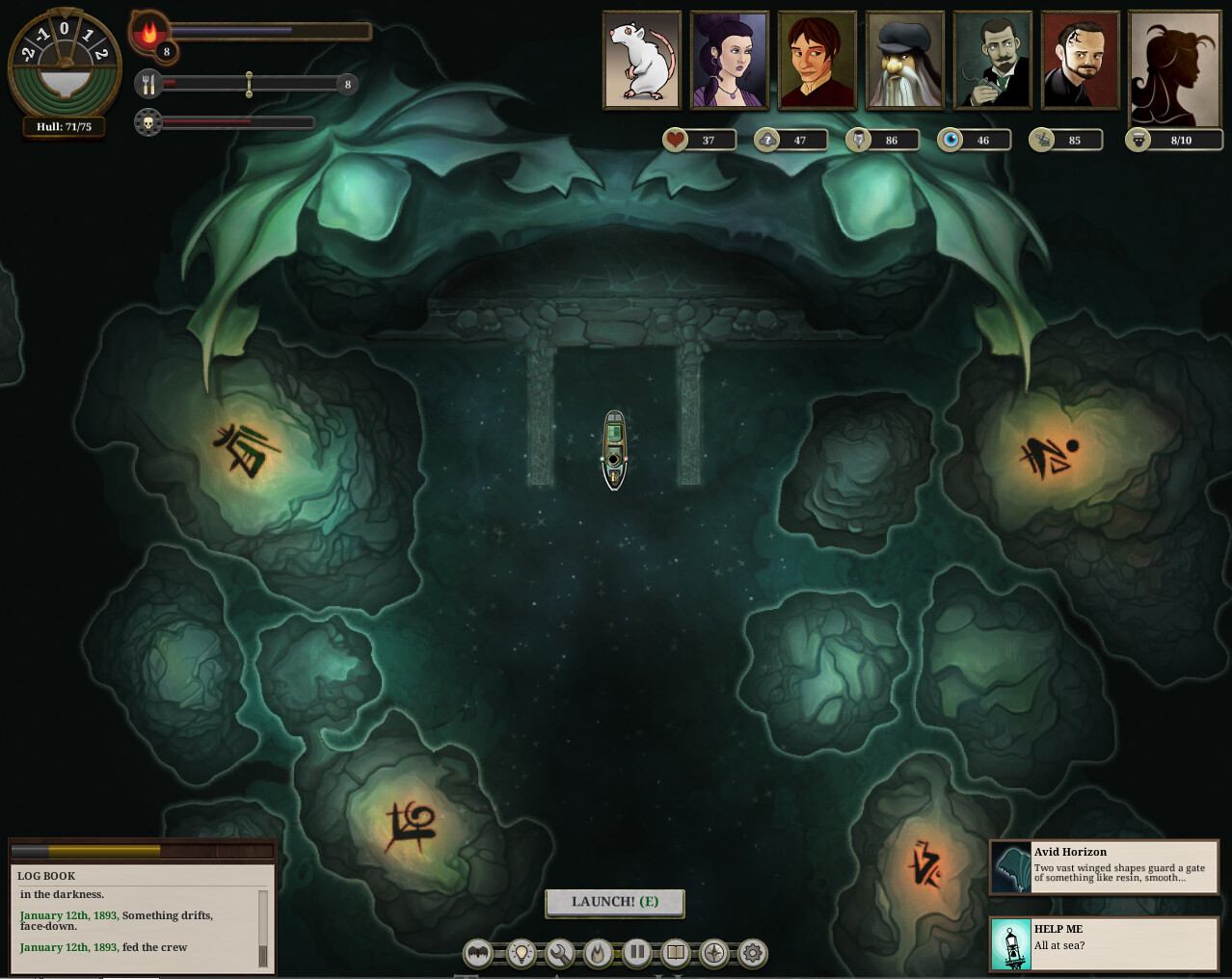 I’m not sure what &quotWreathed as the Rose Giveth&quot or &quotQuander&quot refer to. The Exceptional Rose? The infernal graffiti scrawled around Ladybones Road? Any guesses?

Interesting. Don’t have anything to contribute other than the Urban Dictionary defines ‘Quander’ to be a portmanteau of ‘question’ and ‘ponder’. Might be related…

I remember several references where people have called the Correspondence “The Language of Xanadu”, and it would certainly fit with the “Burning” descriptor. I’m not at all certain what the Horizon Glyphs might be, however.

Perhaps Wreathed as the Rose Giveth could refer to Hell, given the work one does investigating the Brass Embassy on the Watchful path as well as the factions curious similarities towards a certain group of pollinators?

Edit: Furthermore, Hell apparently does have some form of alphabet so…
edited by Cuban Pete on 9/7/2015

Hell is also associated with certain species of roses, but roses might also be a reference to the Fourth City’s past. Quander sounds an awful lot like “quandry,” but that doesn’t seem to fit a language we’ve seen in London. Further confusing the “Burning in the Language of Xanadu”: one finds the Correspondence Stones in the Forgotten Quarter.

And, of course, there’s the Coleridge poem that starts:

In Xanadu did Kubla Khan
A stately pleasure-dome decree:
Where Alph, the sacred river, ran
Through caverns measureless to man
Down to a sunless sea.

Maybe the language of Xanadu is the language that the Masters speak, which the Shivering Relicker describes as a simplified form of the Correspondence, and the Horizon Glyphs are the Actual Correspondence? Or else, they’re big enough in scale, being carved on icebergs and whatnot, to comprise a different and seventh alphabet!

Ooh, that is a subtle and very interesting reading - I like it!

vitamancy, you are right to point out the Coleridge connection, but are you also perhaps pointing to something about how the river is called Alph?

Some thoughts on Quander: maybe it is a language we will see more of, such as how viric had few appearances at first, and then found its way into more content. If so, here are some guesses as to what it might look like:

Perhaps related to the Rosers? Or the Elder Continent’s Garden, which the Exceptional Rose provides a glimpse of?