The Joys of Seeking

Having just taken my SMEN to the next level (currently at SMEN 7 for my fellow seekers), I must applaud the folks at FBG for a delicious set of experiences and adventures.

Nowhere else have I found myself so engaged and so hungry to do the next step, eagerly anticipating and dreading the next card.
Nowhere else have I clenched my teeth and closed my eyes as I clicked a button, afraid but excited about what would happen next.

Many other places have simply felt like I was grinding to the next accomplishment (PoSI, acquiring a ship, amassing enough Bazaar Permits), but ironically Seeking has brought a new level of appreciation to parts of the game and feels more &quotreal&quot than a lot of the other areas. Bravo. :)

but its ok i’m a lunatic too

but its ok i’m a lunatic too

More and more it seems like the other thing that matters. There is only the Name.

I present this for your entertainment, fellow Seeker. 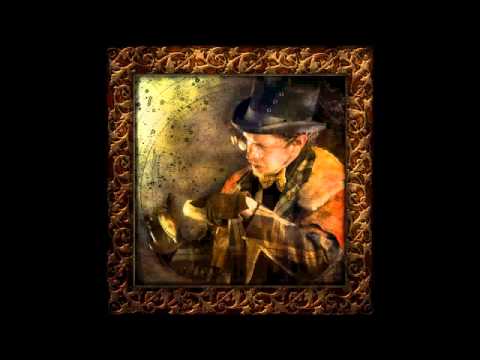 I enjoy the description of Seeking the name as &quotFallen London set on hard mode.&quot

I agree, I’ve enjoyed it a lot, so I regret that my odds of progressing while still enjoying myself are vanishingly small. Oh well–I’m not formally throwing in the towel yet, maybe I’ll get on a really, really good run.

Hm. You know, I find this storyline fascinating from a sociological perspective, seeing what lengths players will go to just to see the next page of a story. But you know what I think would be even more interesting? If the framing story had a wider scope than just recovering a piece of knowledge. That makes it a personal, self-centered quest, which fits with the idea of this being a test of player masochism/devotion, but I wonder if the results would be different if it was something different? What if the story was centered around selflessness instead, being told that what you were doing – throwing away valuable materials, taking horrifically self-destructive actions – was for the greater good in some way? Perhaps, instead of &quotbetraying&quot people at the invitation stage, you bequeathed them a huge package of gifts, with an even greater cost to the inviter than there is currently? If there was something like a small bonus package granted to all players if enough Seekers reached a certain benchmark in their story, something like that?

It makes me wonder how the statistics and rationales would be different, if at all. I know that I’m rather helpful to other players – when I lose in the Tournament of Lillies (which is always, it seems like), I don’t feel frustrated at my loss because I’m glad the other person got ahead. I’m similarly blase about K&C for the same reason. And of course, I’m willing to give out temple club invitations, First City coins, etc. to anyone who asks for them, as I advertise in my signature. It makes me wonder if there are other people with similar playstyles? I see other Seekers discussing this story, talking about the lengths they will go to for their own endevours – and it makes me wonder, what lengths they might go to for others’?