Simple question. Khanate ships are modeled in the game already. Why isn’t there a way for an enterprising Zee-captain to procure one? I would think there are plenty of mechanics already in place to justify the player being able to but one. You can earn reputation with the Leopard and call in favors with the Khanate Navy using the pewter horse head. Say fifteen points of favor with the leopard and you can buy a khanate trimaran from the Nephrite Quarter? Maybe you need to ensure the Carnelians go over to the Khan?

I feel like it could also open up a lot of story possibilities about a captain pledging his allegiance to the Fourth City instead of the Fifth. After all, you can already recruit Khaganian zailors! In addition, there’s a space between the Phorcyd-class corvette and the Merchant Cruiser for a ship, stats- and price-wise. Maybe give the Khanate Trimaran, being a warship like the Corvette, stats identical to it, but maybe with ten or twenty extra holding spaces and five extra crew spaces? Represents the greater challenge in attaining it, and the fact that it’s a khanate navy ship. Just a suggestion!

Not counting submarines, past concept art have hinted at a number of different ships that will probably become available as time goes on. Perhaps, as you say, faction specific ships to go along with neutral ships such as the yacht.

At 14 seconds in the first Kickstarter video for Sunless Sea (way way back) there was a concept design for a few strange ships, including one with extended side attachments. 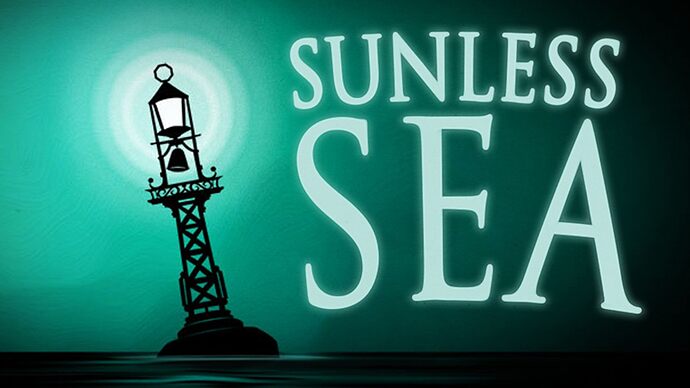 Explore a vast underground ocean in your customised steamship! A PC & Mac game in glorious 2D from the creators of Fallen London.

In game presentation below (likely as an enemy) unit.

I also would not mind getting access to some Hell aligned vessels (Faustian Corsair) or perhaps even one of those really shiny ships from the New Dawn faction.

I imagine an entire story where, rather than selling your soul to the apes, you sell it to Hell or the aristocracy of Hell exiled on Mt. Palmerston. Of course, this would necessitate a drydock in the Iron Republic, or wherever one aligns him/herself.

I imagine an entire story where, rather than selling your soul to the apes, you sell it to Hell or the aristocracy of Hell exiled on Mt. Palmerston. Of course, this would necessitate a drydock in the Iron Republic, or wherever one aligns him/herself.

You can give away your soul at Mt. Palmerston, but I’m not sure what comes of that.

Hmmm. At any rate, I think it ought to be an option. Khanate probably makes slightly more sense from a story perspective than Faustian. But you ought to be able to.

Personally, I wouldn’t mind a storylet where your captain becomes the Flying Dutchman of the 'Neath

Well there is that loading screen with the ship plans and the tiny ornate writing which to me seems like a hint of something to come.

I think that’s the zubmarine.