One of the most powerful ways that games can deliver narrative is less through the use of text, as much as through mechanics. Now, Fallen London is of course technically interactive fiction, and the writing is of great quality, but what I want to discuss here are the ways in which the character of the world, or bits of narrative are conveyed without it being explicitly stated in the actual text itself.

An example of what I mean: the characteristics of the various Connected: factions are conveyed in the ways available to get them.
At the beginning, Connected: Society comes only in drips and drabs, 1 cp per action, until you finally pull together an invitation to the Ambassador’s Ball, which gets you in the door. Once there, however, Society will lap up any old nonsense you spout at the Palace, and once you become a POSI, you’ll have more opportunities for increasing that faction than any other, I think. That conveys what sort of people and group psychology reign in the upper classes

For the Great Game, on the other hand, it’s the opposite. It’s easy to dabble at the early levels, but building any sort of strong connections involves watching for opportunity cards, and trading in favors, or even outright betraying members of other factions. Also very indicative of its nature.

What about you all? Is there any worldbuilding you’ve picked up solely from how the Storynexus engine presents the game, aside from the text itself?

Well, it’s not an unusual idea, it’s discussed in a few places… 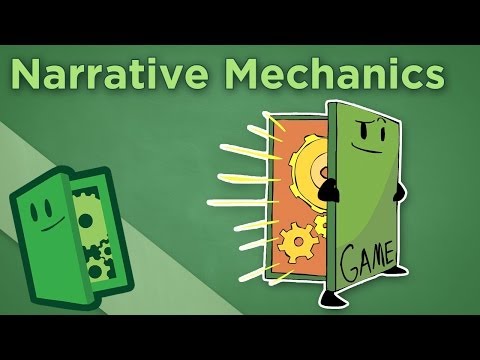 If nothing else, watch those, and you’ll have a few more tools for thinking about this.

I will say this though. Think for a moment on Connected:Criminals. Of all the connections of the early game, this one does not have a conflict card. Even the urchins are able to be played off against the docks and the widow, two connections you hardly know about to begin with. If you are going to gain with criminals, it’s through backroom deals and payments, nothing easy. The duchess as well, you have to trade and risk yourself to even get that limping.

I have watched those, particularly the Extra Credits videos, that’s what got me thinking about this.

Dunno about the Duchess, though; she’s relatively easy to please if you publish what she likes to hear…

Actually, Criminals does have a conflict card with the Constables. It just doesn’t turn up until you have both connections sufficiently high (50 is the magic number, I think).

what I want to discuss here are the ways in which the character of the world, or bits of narrative are conveyed without it being explicitly stated in the actual text itself.

Re. storytelling via mechanics, I think gaining making waves and notability qualifies. You start off not caring about such things, then you find it easy enough when you need a little.

Then it becomes expensive, something you have to pay constant attention to, and when you feel you need to become one of the most notable, it’s mostly about gaining ‘influence’. And that is great - your character’s power seems to increase the more you find the relevant connections to the powerful NPCs.

I’d say there’s a lot of storytelling by mechanics going on that you might not necessarily notice. The menaces, for example. Once you reach the level where you start to collect them, they say something about what you are going through. Come across the wrong information, and Nightmares goes a little higher, edging closer to that dreaded 8 you were warned about. You’re new at the game, you’ve never filled a menace before. As it gets higher, you start making more of an effort to avoid it. Then, finally, it ticks over, probably by accident.

You end up in an entirely new place. You were probably pursuing something fairly urgent to risk going over, but you’re forced to drop it now, and learn the rules of this new and probably unsettling place. And the nature of the place: it’s not quite what you expected: a boat? a hotel? At least you’ve heard about the Tomb Colonies before. You learn the rules of this place, with new cards and new tradeoffs. Eventually, you return to London, changed a bit but not too much.

Next time, you know the drill. You might explore a bit more, or rush to get out as soon as possible. But it’s later on. You’re a citizen of the Neath, now. You start picking up the casual attitude to death the locals exhibit. You’ve been there and back, and while you might try to avoid visiting there again, it’s a speedbump on your road to success. And sure, the writing was part of it, but the mechanics were what really taught you to internalize that.

It becomes easier and easier to gain Revolutionary connections as you become more and more important. That might seem counter-intuitive, but note that a lot of your artistic work is misinterpreted by the Revolutionaries as supporting them, and stuff.

The Intimate With Devils storyline. At the start you get an Affectionate Devil every few draws, and as you progress the storyline, you start drawing them more and more frequently. Up until the point where they convince you to sell your soul, whereupon you never hear anything from them again.

Also, the action to not be persuaded to sell your soul reads “A matter of luck: How can you fail?” :D

The orphanage. It’s strictly less profitable than the salon, harder to build up, and you’re given a circumstance quality which you can’t even see (barring profile haxx) and which may never pay off in any tangible way. I didn’t play FL for a long stretch, and this feature brought me back singlehandedly.

(Attempting to profit off your orphanage is also notably more sinister than profiting off your saloon, in a way that I won’t spoil, but I’m not sure whether that qualifies as mechanical.)

Wouldn’t be FL if there wasn’t a “senseless cruelty for nominal profit” button. Good to be given the choice, though!

After you got your own ship and putting it to the Zee, during your journey, one of the cards in the opportunities deck that you can get is about rescuing another ship on the Zee that caught on fire. If you choose to rescue the survivors, your ‘Reaching the journey’s end’ rating will drop, and unlike the other card to give spare engineer parts to another ship with mechanical troubles, it will not decrease your ‘Troubled Water’ rating at all. Worst of all, it doesn’t even increase your ‘Magnanimous’ rating above 5, which at this point, if you are roleplaying someone that will help out others in trouble, your rating is most likely already above that.

But then I realize… That is the entire point! If you make the decision to help out the the surviving crew of the burning ship, you are doing so knowing that it is an act of self sacrifice that comes at the cost of your own time and resources, with your only reward being the you are being the better person in an uncaring and merciless world.

Another Zee related opportunities card that is storytelling in itself is the ‘A Corvette of Her Majesty’s Navy’ card. If you don’t have a suspected rating that is too high, it is actually a positive card that really helps you out, so the sight of the navy corvette is actually a good thing that you look forward to. On the other hand, if you have a high suspected rating, you better make a run for it when the corvette shows up. Which is another nice incorporation of storytelling by the game mechanics.

Actually, Criminals does have a conflict card with the Constables. It just doesn’t turn up until you have both connections sufficiently high (50 is the magic number, I think).

Ah, that’s cool, but it’s not there at 5 like most of the others. This in a way tells you about the nature of criminals and widow.

And dutchess, well, you are better off going to HER to get it.

This does give them a shape, in concept.