Question about the Constant Companion

Not really, though I wasn’t particularly paying attention. I was too busy being scared for my life XD

I think the audio forewarning is intentional, to make you that much more terrified. And also possibly to give you a chance to run like hell since that thing is a guaranteed death for early captains.

So am I to guess that since I have now encountered a Constant Companion, that it will be near EVERY TIME I descend? So, I have to deal with it sooner rather than the alternative?

Ugh… I have a decent ship, but this thing scares the s__t out of me!

I think nuking your terror can also get rid of it.

It seems to be ridiculously common to the point of being a bug. With maybe 70 terror, it appeared out of nowhere ten times in a row after leaving an underwater port. Given that it can spawn very close to the zub (ie somewhere I just passed with nothing there) and once managed to spawn, attack, and destroy my zub all in the nine-second surfacing animation, I think something’s bugged here.

I haven’t encountered one yet.
Where do they spawn? Do you need high terror to even see one?

They don’t have a spawn location listed in the game files so I suspect it’s related to terror.

Yep, it’s terror. I initially thought it was about hull damage, since the first two times I saw the bugger, I was in the red, but he spawns at about 75 terror. Neat rewards for killing him, though he IS likely to do some damage to you. Wouldn’t recommend hunting for him without at least 200 Hull and a good forward weapon.

That explains it then - I don’t often get high terror and I can’t remember the last time I was in the 70’s.
I guess it is time to let it get high though as I really want to see the Constant Companion:)

Yeah, I think I ran into it all of once on my very first dive after getting the zubmarine modification. I was in no shape for that kind of fight so I surfaced away. Then I NEVER saw it again, even though I’d quite like to see the reward for killing it. I guess that would explain it if it was terror based, since my terror rarely ever breaches 60. I guess I’ll have to intentionally raise terror the next time I’m looking for a fight.

I DID however pass a whole lot of things that looked like possible spawn point. Little spots that looked like a squashed spider on the zee floor, where I suspected it might suddenly leap out, but it never did. Anyone mind sharing what the reward is? 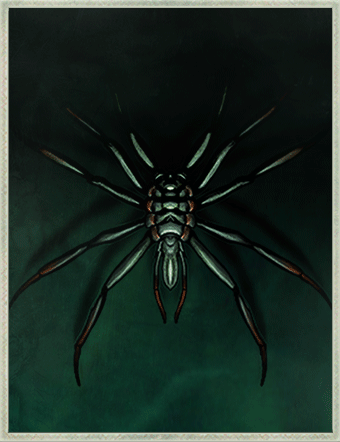 All zee-beasts will ignore you unless you get too close - and will not pursue if you leave their territory. Except this one. The Constant Companion hunts by smelling fear - indeed, its very name is an allusion to fear - and only appears when your...

The rewards are pretty good. Stat upgrades stop at 100, though.

That thing is terrifying - I tend to bring my ship and crew to the breaking point and then limp back to London, but when that appeared out of nowhere, i just tried to surface before it killed me - no dice. A captain i’d managed to keep alive for 9 months, gone in a flash, with his full hold of goodies, upgraded ship, etc etc. For those of us playing since the beginning who may have grown complacent, the zee holds terror again.

I managed to kill it quite easily. But I have max iron and mirrors; zail a Frigate and have a Memento Mori (so two guns) also Blue Scintillack (sp?) to reload my firing solution.

Saw it for the first time, I was like “Oh shoot! Run away! Full speed ahead!” because I thought I must have dived in the wrong spot…
So then I’m hunting a Khanate submarine for Vital Intelligence when suddenly that spider appears again. This time however, I was like “Empty the ballast, get us out of here!”

Then like an idiot, I went back under thinking it was probably chasing me because it never gave up the chase when spotted. Nope.

Destroy the sub, then turned around and constantly bombarded it with everything until I hit a wall and then I killed the Companion. Phew, fun!

Ohhh I thought it was something only triggered by sailing into the Dawn Machine. But it’s related to terror. That makes so much more sense.

Just the name “Constant Companion” makes it about 2000% more terrifying. Ugh - as if