Possible hint from the King with a Hundred Hearts?

While talking to the king earlier, and walking through his memories, there is a moment when two masters of the Bazaar make a cameo. One is holding a cup, and is most likely the well known Mr. Cups. The other is holding a candle, but there is no Mr. Candles. It is said that the masters occasionally change their names, and I was wondering who it might have been holding the candle? Mr. Mirrors? Though mirrors have existed for as long as men have found metal. Anyone have any ideas?

Or, it could be that it was a Master who had his name taken from him. After all Mr. Eaten’s name in the correspondence is, most likely, loosely translated to “Surrounded by Seven Candles.”
edited by Scytale on 5/19/2012

I like the idea that it was Mr. Eaten, myself. If I recall, it’s implied that Mr. Eaten lost his name some time around the Second City, whereas the Manager and the King were in the First?

I think I assumed it was Mr Fires, but to be frank I gave it little real thought - it would certainly be charming to see Mr Eaten back when he was still living large, as it were.

We don’t know that Mr Eaten was a Master, but I don’t think it’s an unreasonable hypothesis… semi-relatedly, from the Heart’s Desire mirror at the Carnival, comes [color=rgb(255, 255, 255)]“Who’s that at the back? A hunched figure in a soggy and mouldering cassock, like a drowned priest. Why is he taking notes? You shiver.”[/color] Another glimpse?

In Light Fingers, [color=#ffffff]you see a painting of Mr Fires holding a lantern.[/color]

SPOILERS
Mr. Candles was Mr.Eaten, until Mr. Veils betrayed him, giving Mr. Candle to the Priest-Kings to turn them into God-Eaters. More about Mr.Eaten is on this page: 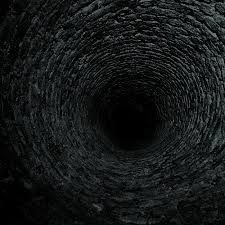 "Who is Mr Eaten? A good question. Not a wise one." (If you find the answer to this, you'll wish you didn't know.) "I have so often been consumed." Mr Eaten is an ancient, mysterious emptiness, a voice, a hunger. Something is wrong here. The...

This thread is over 5 years old… seems a bit pointless to necro it as these people probably know of what you speak or have moved on.