[color=#cc0099]Delicious friends, the Exceptional Story for November is here! 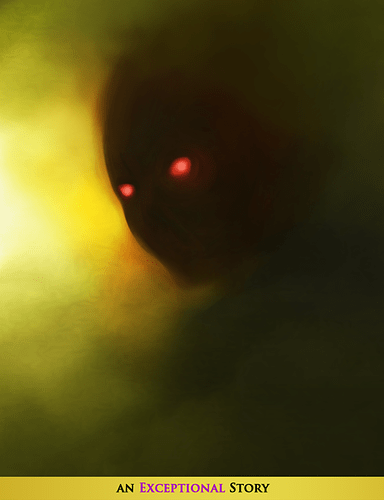 A new diocese has been proposed for London! Journey to Bugsby’s Marsh where you’ll quarrel with vicars, sermonise at deacons and frustrate nuns as you decide who’ll be the new Bishop of Watchmaker’s Hill.

At the end of the season, players who have completed all three will go a step farther, unlocking bonus content involving the exiled Injurious Princess, and her plan to reclaim the throne of Vesture.

Finishing all three stories in the Season of Sceptres will make you eligible for an additional opportunity, to follow.

If you want to keep an Exceptional Story beyond the month it’s for, you must complete the related storylet in the current Season’s card throughout London. This will save it for you to return to another time.[/color]
edited by Absintheuse on 10/26/2017

This is the first ES to focus on the church, isn’t it?

As has been the case in the last several stories, the art is just gorgeous! Makes me all the more excited to play :D

I haven’t quite finished yet (RIP my actions) but it’s been really cool to see how the Church as a whole functions in London - we often see Southwark and Fiacre out and about doing their own things, and God’s Editors exist separately to those two again. It’s interesting to get an overview of their work together and that of the wider Church, and a fun to way to give these important characters some depth & shared context.

While I’m not personally invested in the Church as a faction, I’m glad they’ve finally got a story focussed on them - plus, that artwork is gorgeous, and some of the conversation text made me laugh out loud!

Already I love the bits with Southwark and Fiacre’s, though while they add more depth to Fiacre’s they don’t much to Southwark. Either way I love any new content with Fiacre’s and I can’t believe people used to see him as sinister in his mystery. The interactions with the locals of the Hill were too amusing and characterizing. Pushing off the Synod proper till I’ve some more actions but this is shaping quickly into a great story.

Awesome–best story in many months! Interesting characters and story, good mechanics, I choose the man from the marsh in the end.

What about the other times you could follow him?

Re. Marsh Man’s wishes at the end:

He tells you that he wants the Church to leave him in peace, that he has no wish for a Church presence. While not explicitly mentioning him, the option &quotLet the new Diocese fail&quot seems to line up with his wishes best - I didn’t choose it, but the text suggests that you bury the Church in enough bureaucracy that the Bugsby’s Marsh project never goes ahead.

Yes, the first option with his picture is how you make that choice. I guess that it could be confusing since it doesn’t actually mention him.

A very good and interesting story.

Although i do have to wonder the ethical problems of being both a crooked cross and a bishop :) .

I was given an option of what to do, but none were to side with the mysterious man . . . I thus chose to rule myself, in hopes that I could get rid of them from Watchmaker’s Hill, thus sating said mysterious man, but still no mention of him or nothing to do with him? It said &quotthis is almost certainly the end&quot, but sign of an opportunity card?

[li]
Same here and…same reaction, honestly. Out of all the ESes I’ve played this year, this one ended the most anticlimatically.

I just sort of, became Bishop? Except apparently I…probably won’t? One little level of Renown: The Church hardly seems appropriate for a prospective Bishop. Is there a card enroute that will show Swamp Guy’s reaction to the whole fiasco?

I wonder if becoming bishop unlocks a new term of address.

I wonder if becoming bishop unlocks a new term of address.

The text for supporting St. Fiacre’s can be found here.

So now I must double post but here we go:

To support either of the Bishops’ candidates you need a minimum of 8 Synod Influence, to choose yourself you need 12 (which I did not have, whoops!)

EDIT: AHHHHHH the second time today I took too long to write my post and was beaten to the punch!
edited by Cthonius on 10/26/2017

I do not, it turns out, have sufficient Synod influence to choose the option of becoming a Bishop. Nor would my character wish to do so–she prefers shaping opinion from the shadows. (That doesn’t mean she’s a criminal! Not at all!)

I considered each of the “hospital” options but honestly, neither she nor I can see any good coming from building a hospital in a marsh! So I will go for delay (which is closest to what the mysterious Marsh Man wants) and hope for the best.

By the way, is it just me or does the art for this ES look uncannily like a fetus?