It seems really cool so far, and straightforward enough. I’m very happy with the portrait options, it’ll take me a while before I’ll run out of new ideas to try.

Two things that bothered me, one bigger and one minor:

Bigger: it’s very cumbersome to have to select the portrait choices from the list by scrolling and clicking. Left and right arrows for scrolling through the options would be much faster, especially since character creation is a thing I’ll easily spend ages on fiddling with the smallest detail.

Smaller thing: clicking on random name also changes the title, which while not really a problem, feels a bit unnecessary.
edited by John Moose on 10/26/2017

I’ve been waiting for this update to start playing!

So far the character creation process seems fairly intuitive - the UI is pretty good, clean and logical, although I do agree that clickable arrows & using the arrow keys would be less fiddly. This may be too much work, but I think it would also be easier to remember which face part is which (& quite flavourful!) if the various options had names rather than numbers. There’s something charming about the idea of choosing ‘The Charleston’ or ‘The Winsome Derringer’ rather than ‘Nose 7.’

I like it, but I’d rather the options had clearer names. Clicking through 10+ &quotchin&quot options is a bit long, if they were named something clearer like &quotshort beard 1&quot, &quotdouble chin&quot etc. that would make the process a lot easier.

Also, and this might seem like a no brainer: MORE OPTIONS XD. I usually spend an inordinate amount of time in character creators trying to get the &quotperfect&quot one, and it doesn’t really feel like there’s a large enough range at the moment.

Still enough for me to create Quentin Valentine, Veteran Tackity Scout with terrible fashion sense and bad facial hair looking to make their fortune and avoid being shot at for once.

UPDATE: Quentin Valentine just got murdered by a weird space wizard.
edited by Jimmius on 10/28/2017

My only critique is that it’s quite difficult to make a feminine character. For example, the options you have for chins are either really strong, masculine chins(not feminine), jowly(not particularly feminine), or bearded(well, not necessarily unfeminine, but…). I think there’s maybe one chin that could actually qualify, but it’s more androgynous than anything.

It would be nice to have a few obviously feminine traits to play with. It’s not impossible to make a female character right now, but making a male character is far easier.

I rather like the special options, on the flipside. The clay man is especially nice.
edited by DemiserofD on 10/30/2017

I rather like the Merciless Modiste’s hat from Sunless Sea. It seems like the least practical hat for a Space Train Captain to wear, and therefore would be perfect for Sunless Skies.

I dislike the fact that in the files, there’s a apparently unfinished priest option, but now that Character Creation is out it appears to have been left out.

Seconding others’ points - it would be very nice to be able to change portrait options with just one click, either through arrows to scroll through the options, or having the menus always open rather than being drop-down.

What confused me was some of the stranger portraits. Just from clicking random captain I was able to get what I think was a clay man and a captain in skysuit. However I was never able to replicate this. Every time I would change something about these special portraits, such as the chin or hat, it would change to something more generic. For example, changing a clay man’s hat gave me a normal captain with a hat rather than a clay man with a hat.

Additionally I liked the fact that each sub background changes your stats. It feel a lot more flexible than sunless sea
edited by Ludovide on 10/31/2017

The special costumes are options in one of the categories - Outfits, from memory, but I don’t have the game in front of me to check. They’re at the bottom of the list. As you noticed, they override all other customisation options. It’s a little odd, but not uncommon in character creation systems to have options that fill multiple slots, so to speak - like putting on a floor-length gown overriding your choices of shirtwaists, skirts and walking-coats.

I’ve got to say, to be very specific, all of the noses strike me as large except the last one. Most of them protrude QUITE a bit. Consider my portrait here. The face is from one of the game cameos, just a scar added on. All the noses in the game are much bigger than mine. The romanysml.png portrait is another example of a nose that’s smaller than yours. Also nothing like a Roman nose exists. They’re all very far forward, none of them just vertically long. That seems to be the problem I’m seeing, they’re all very far forward.

Dainty-features silhouettes are difficult to impossible, mostly centered around the nose.

It would be nice to have a few obviously feminine traits to play with. It’s not impossible to make a female character right now, but making a male character is far easier.

I had a crack at making different kind of feminine physiognomies… here’s the first three I formulated. 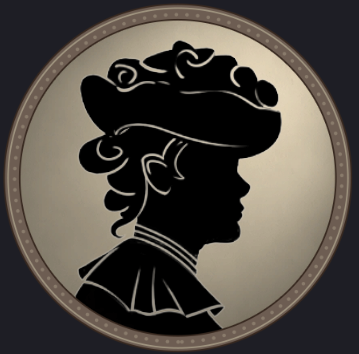 This is the Lady Lutèce. She enjoys romance novels and winter sports - particularly the ones involving rifles. 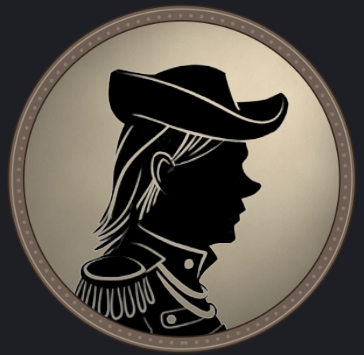 This is Lieutenant Sanders, Gunnery-Conductor of the locomotive Applebaum. 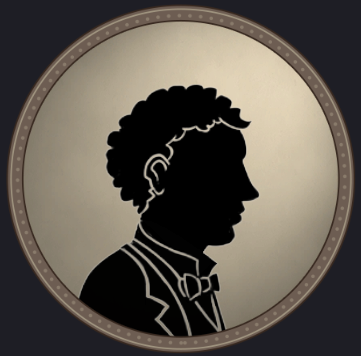 This is Clever Susan. She always got away before the police arrived.

I’ll join my voice to the chorus asking for more feminine options for features - I’m finding it currently rather hard to create a face that isn’t either blatantly masculine, or at best ambiguous. Some very small noses and chins maybe to add some variation? Although it might be that a lot of the apparent femininity of some FL portraits comes from things like size of head relative to shoulders and such, so I might just have a skewed measuring stick for this.

edit:// Well now isn’t this a nice big foot in my mouth. Still, my request remains. 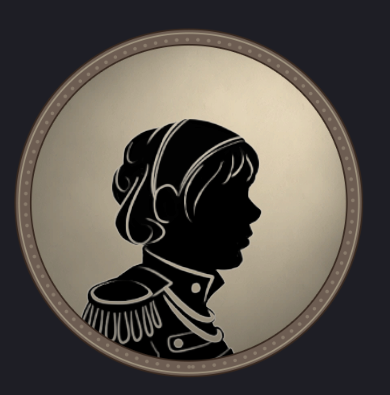