As i don’t see a stickied thread for posting bug reports, i’m creating this thread to post at least my own as i go

Firstly, in new winchester (and presumably, in all other ports too) the list of areas to visit on the left side is cut off by the portrait 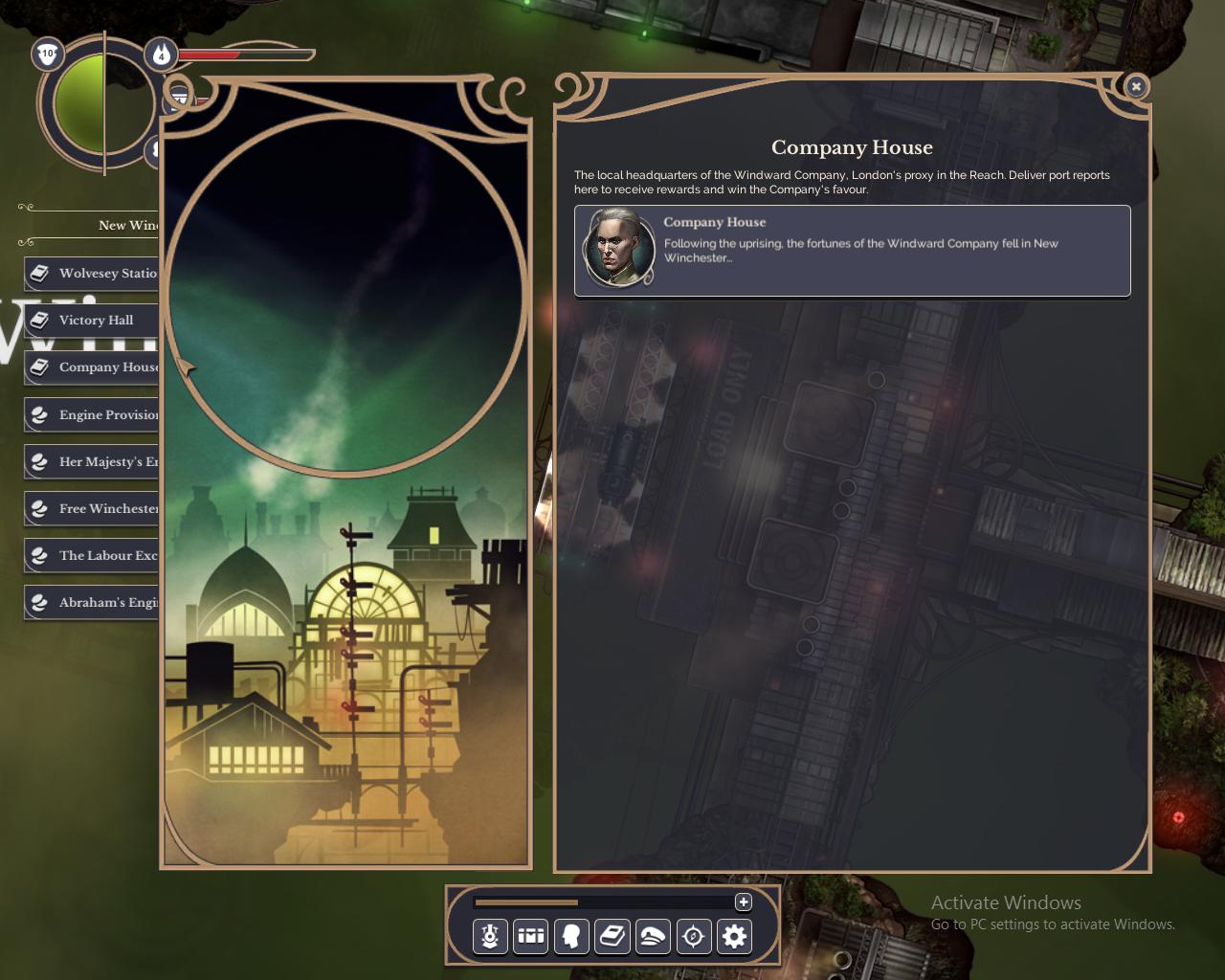 Its visible enough to click them, presumably indicating that’s the intention, but not sufficiently visible to fully read them first.
I feel like this could be solved by moving the whole story window a bit to the right, and/or by making the area names of a limited width and using word wrap to spread long ones over multiple lines
Or possibly, consider a different UI design, like making them tabs along the top or bottom

Gaining Terror from a storylet doesn’t increase the level when you hit 100, instead it just keeps incrementing. This also causes the Terror gauge to overflow its box, which looks a little odd.

See https://i.imgur.com/96ZNvRQ.jpg for an extreme example.

You should report bugs to this email:

Hah, yes I noticed that after posting. Was just coming back to edit mine to say that. Bug report sent.

Has looting been implemented yet? I scored my first kill, a little gold diamond dropped from it and my screen shows “press ‘R’ to Loot” but nothing is happening when I press R.

Has looting been implemented yet? I scored my first kill, a little gold diamond dropped from it and my screen shows &quotpress ‘R’ to Loot&quot but nothing is happening when I press R.

I did get that working - it popped up a storylet offering me looting options. I’d suggest filing a bug (and making sure to include which thing you killed).

gosh, hull repairs are too expensive.
Through port reports, selling things to Madam Lumiere, scraping together all the meagre quest rewards, and ruthlessly murdering everything that crosses my path like some kind of deranged pirate, i’m just barely managing to survive. keeping the lights on and the crew fed. its like a rhythym of gaining and spending money with nary a penny left over

i simply cannot afford to repair my hull though. im crawling along with 8/40 hull points, ive got 125 gold in the purse, and a long trip ahead to lustrum. If i buy a hull repair now, and i don’t strike a fortune while i’m out there, ill be adrift from being unable to buy fuel