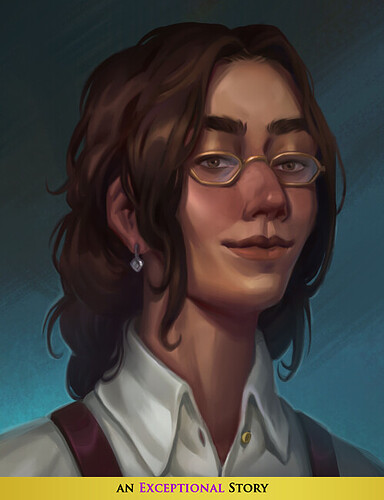 A Sage Archivist is consumed by her study of the First City. It is an obsession that has seen her sever all ties and take up unsettling experiments with lacre. Her former paramour fears for her safety, and looks to you to investigate this malady. Delve into the ruins below London to uncover a twisted legacy of love, memory, and duty.

I loved this one, although I’m far from sure that I got anywhere near an “optimal” end. The two lovers are together, although one of them hates me, and Apples is free to continue its research and has promised to share the “fruits” of that labor with me.

I loved the story too; the characters were interesting, a chase scene is always great, and the bits of lore included were spectacular (esp. in light of the Exhibition event). My only problem was the pacing. It seemed to take a really long time to get through the cavern, and the fact that the “trust” quality never changed even on a success was a bit confusing.

Finally got away from the grind long enough to give this a spin, and wow-the game is BRUTALLY punishing me for siding with Apples. What an action sink.

So I’ve investigated the Archivist and the Bookkeeper. Can someone tell me, without giving too much away, what will happen if I take my information straight to Mr Apples? Is it profitable to do that? Does it do much harm to the two of them?

If you speak with Apples you have to share some information with him and as a result the next section becomes brutally punishing. There are no signposts or warnings, so be careful who you choose to speak with.

The outcome makes the next portion very frustrating. Honestly it feels like bad design.

I love the lore but this is some of the worst game play I’ve encountered.

Thank you! I found the prospect of speaking with Apples interesting since it so rarely makes an appearance anywhere. But in this case I’ll just report to the Bookkeeper as I originally promised him.

If you are curious about it I recorded the conversation with Apples:
https://www.fallenlondon.com/profile/Thaddeus%20Wren/27688778

I was tempted by the same curiosity you expressed - and now much the subsequent lore is is gated behind checks that I have a 12-15% chance of passing.

I’m just collecting wounds and nightmare with no apparent way to improve my odds. It’s a weird mechanic.

Finally got around to play it, and I enjoyed it. Short, but to the point, with a simple plot with vast implications (the bits of lore were very interesting), supported by grounded characters. I’ll echo the complaint that the last part was a tad slow and the mechanics frustrating, but that doesn’t change my overall impression.

I hope we’ll hear some more of the Sage Archivist and the Astronomer, and that their research will be fruitful!

As for me, I sided against Mr Apples. Take that, bat-meat

Thank you again for your invaluable help - I guess I was able to enjoy the story much more than you because of it!

There probably should be a signpost at least hinting at the consequences of going straight to Apples.

Funny enough, in the end I acted in its favour - escape seemed impossible and the ancient astronomer seemed willing enough. Even the lovebirds reunited, so I guess I did the Bazaar’s work this time.

But guess who I’m hating more and more the longer I play this game? That b_____d Priest-King Manager! Next time I meet him I’ll rip off all his buttons!

Lore-wise, it’s interesting to learn that the 1st City was basically a failure from the get-go because most of its populace had been evacuated pre-Fall. No wonder the Masters were keen to snatch a 2nd one soon afterwards! Of course, even more went wrong for them there… I’m beginning to grasp the level of disappointment and frustration which eventually lead them to sacrifice one of their own to buy a 3rd city.

You know, this maybe perhaps explains the Empress’ actions as seen in The Committee. Doesn’t excuse it of course, but one can draw a parallel.

You know, this maybe perhaps explains the Empress’ actions as seen in The Committee. Doesn’t excuse it of course, but one can draw a parallel.

Had to go through my records because I didn’t remember what that story was about. A very clear parallel indeed!

From my experience, it is seldom a good idea to side with the Masters. Almost never they intend any good to their counterparts, and even if they do, it doesn’t come out to the subjects’ liking. Just think of literally each beloved’s life traded for the Fallen Cities! The demand to preserve their living was only technically fulfilled.

I was very much surprised with the Manager’s role in the story either! We’ve been having a quite close acquaintance and these choices were an unpleasant surprise. Probably, he has just changed through the years passed but still it is difficult to settle with that he has once done.
Still, I don’t think the people’s evacuation had something to do with the deal’s “failure”. As far as I’m aware, there were seven Fallen Cities intended in the first place. It was rather what the Priest-King believed, or what the Masters made him believe to conceal the fact that they’ve basically screwed him up. I’m very much glad to have learned earlier the story of the First City’s deal through the first-hand revelations from the Priest-King and his beloved.

Now, to the story!
With the quite ill-timed release, I’m afraid, the story didn’t receive the attention it’s worth. And it’s worth a deal.
The characters are good. The couple is sweet, the Bookkeeper is so cutely unsuited to the Neath, and the Archivist is impressively cunning and compassionate, much more humane than a number of humans I know. The Astronomer is just singular, and I hope for further encounters – at least with her story if not with her personally.
The twists of lore about the Falls, the First City, and the lacre are valuable, although hardly sufficient.
Walking the ancient tunnels is exciting.
The bad thing is that the finale feels cut short, leaving the nagging expectation that there’s more to the story.

Would anyone share, is there any more to uncover if you don’t punch Apples in the face right away?

Then, I was very surprised to have just walked, wounded and dizzy, out of the uncanny tunnels I was warned of great risk getting lost in…

This really does feel like the storywriter was unable or unwilling to conclude properly.
I also add my voice to those wondering at the mechanics of Archivist’s trust. It is determined obscurely and isn’t affected by the further actions. It would be better to make it more of a conscious choice.