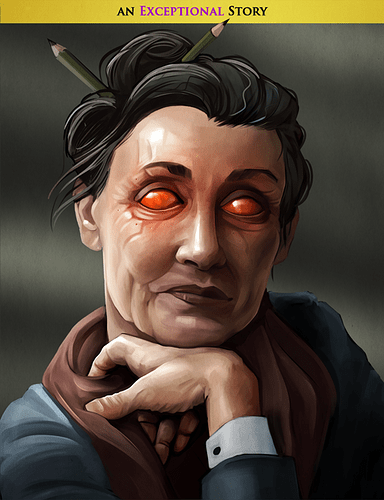 Tauroktonos is the second story in the Season of Explorations, and was written by Harry Tuffs. In this season you will experience three stories of adventure, mystery and a not inconsiderable amount of peril.

Begin with the Season of Explorations card, available throughout London.

If you want to keep an Exceptional Story beyond its release month, you must complete the related storylet in the current Season’s card. This will save it for you to return to another time.[/color][/font]

Here’s a tip for everyone. Look up Mithraism before delving into this Exceptional Story as it will provide a lot of context to what’s happening in the story.

[quote=James StAnthony][color=#cc00ff]snip[/color]
[color=#cc00ff]open its great brass door, and lead an expedition of troubled souls along the Devilbone Road.[/color][/quote][quote=loredeluxe]Here’s a tip for everyone. Look up Mithraism before delving into this Exceptional Story as it will provide a lot of context to what’s happening in the story.

https://www.ancient.eu/Mithraic_Mysteries/[/quote]Now this should be interesting!
edited by Skinnyman on 3/28/2019

[quote=loredeluxe]Here’s a tip for everyone. Look up Mithraism before delving into this Exceptional Story as it will provide a lot of context to what’s happening in the story.

https://www.ancient.eu/Mithraic_Mysteries/[/quote]
Sure, I’ll take a peek.

Ho boy. What was this about souls and brass? Surely a coincidence…

May I ask how do we put spoiler tags in the forum? I need to know so I can properly comment! Thank you in advance.

Put [spoiler ] and [/spoiler ] around the hidden stuff with no spaces. You can only put in one spoiler section per post.

Thank you!
So this was beautifully written, memorable characters, great sense of urgency, good hook, lovely imagery, strong story.
But…

[spoiler] I managed to keep everyone intact and safe, and when I got to the execution, I chose to unleash the beast. Which cost me the veteran. Without warning, while there were warnings for every other case where you might lose a comrade. This felt really bad, and I don’t see the point of it - there was no twist, just a loss that my actions caused out of the blue. I mean, if I was given a choice to recover everyone from the bridge, why simply lose him after a few actions without a choice? [/spoiler ]

Other than that, I enjoyed the story. It was a bit stressful, and it really felt like you could simply lose everything with one wrong turn.

Having said that, I am looking forward to see other factions than Hell and Parabola in play.
edited by Jolanda Swan on 3/28/2019

Never thought learning about Mithraic mythology would be useful here.

The Mithraeum is actually inspired by the real London Mithraeum, albeit with Fallen London elements and an earlier discovery (the real one wasn’t discovered until 1954).

I like the recentish trend of developing the Devils to be more then just &quotcrazy bees from Parabola that want to steal your soul&quot. It always bothered me that as a faction, the Devils were so one-dimensional. It’s nice to see that trend continue here.

I really liked the structure of this one. It felt like there was a lot of things I could have investigated and at least two big ways to influence the outcome of the story. It also didn’t feel like it unnecessarily chewed through my action count. I’m pretty satisfied with the ending I got, but I wouldn’t mind seeing what other things I could have discovered on the way there…

[spoiler]
I have to admit, if I hadn’t done For All the Saints before this one, I might have picked differently then what I did. As it is, I’d prefer it if the current regime in Hell did not figure out where the Former Princes of Hell are. If the Chandler Saint (and some of the info in Sunless Seas/Skies) is anything to go by, some of those guys actually want to go back to their former job and leave the Neith alone (at least until the souls there are properly dead). So the Turncoat was very much alive for me at the end. I think he was the most interesting new character we got this time around.

The Bishop of Southwark also got some more nuanced character development. It’s good to see that he is aware that the devils aren’t all one faction and has some concept of greater and lesser evils. On the other hand, it is very true that the majority of the devils from the Brass Embassy have a rather obnoxious one-track-mind when it comes to certain things. I can understand why he doesn’t like them.

I wish the Blighted Classicist had been developed a bit more. She didn’t seem to be much more then a history nerd and we have plenty of those already. I didn’t feel that bad about killing her to save someone else, and I kinda wish I did.

I did like how the Devilbone Road seems to lead not to Hell, but to a region of Parabola. It puts a bit of a wrinkle in the Bishop’s plan to get to hell and it makes me wonder which faction of devils made the road in the first place. Finding out that you can kill devils with what is probably the Correspondence is more then a bit freaky.

As far as choices went, I decided not to get the Devils in the Brass Embassy involved even though I had the renown to do so. I didn’t do that much exploring as I didn’t want to get Hope & Vigor too low. I also kept the Turncoat around for the entire thing. I did tell Southwark about how to kill devils as the Turncoat didn’t seem to mind doing so, but I also told Southwark that he really should consider why he started fighting the Devils in the first place and maybe should formally ally himself with the Brimstone Convention. Still, both he and the Turncoat seemed relatively satisfied about how the whole thing ended up.

Also, a great epilogue. It felt better than the usual ones, echoing out, and with some respect for the characters - like a short story.

Seems I made all of the exact same choices as the post above.
I’m curious about a few things I didn’t want to/get to try myself:
-Siding with the Veteran against the Turncoat causing Turncoat to leave (and if this affects anything later on)
-Looking for valuables in the villas (this is the only exploration option I skipped because I didn’t want to risk having to camp a third time)
-Interrupting the execution in other ways than using the beast like sacrificing the Classicist
-Conversation with the Veteran during camping (I did the other two instead because the other two times I tried to speak to him I got one word replies which didn’t seem worth it)
-What happens when time runs out for the Classicist (3rd time camping)

Edit:
-Letting execution continue
-Refusing to inform the Bishop at the end
Also if you slay the beast and let the time run out, does that make saving the Turncoat impossible?

Would love to see the echoes for those if anyone has them.

I have Echos if interrupting the execution(s) in ways other then the beast. They are hidden by spoilers a few posts up.

I’m playing this one when I comes out again because I regret my choices. Almost everyone died on my little adventure.

I rather enjoyed this one simply because I expected this to be a short little archeological jaunt and then suddenly Devils!

Any chance to muddle their plans is welcome in my books. And I’m very glad to have saved The Turncoat. I do hope he keeps his promise in properly rewarding me one day when he eventually returns to London.

This story was very, very good. Multiple tracked qualities, several tough-but-fun choices and, if it doesn’t hit the heights of “For All The Saints” or “The Ratcatcher,” there were enough story-affecting choices that it might be the first EF story I replay.

I found the story to be very good and it made me consider Caroline’s long term goals several times. So many branching possibilities, but I did not feel overwhelmed. Playing it was an excellent experience.

Caroline was interested in the Archeology as usual, though the wasps made her a little jittery most of the trip.

Reading between the lines to avoid spoilers, so I must ask: does this story have any actions with special items/qualities requirements?

If you plan to betray the church to the devils, you do need some renown: hell.

I liked this. I betrayed everyone to the devils. Everyone!

It’s funny, I felt far worse for the Saint in the other ES. Now granted, that might be colored by how anti-Judgement the Saints as a whole were revealed to be in Sunless Skies which makes the one in love with the Judgement he once served something of an anomaly, but the bull-Saint just seemed a great deal more unpleasant going by how conflicted his representative devil is compared to the Chorister Saint’s.

You know, at this point I’m mainly working with the Devils because of how absurd, shortsighted, poorly thought out and pointless the Bishop’s planned war with Hell is. The tactical and Great Chain-enforced disadvantages and nonexistant upsides aside, the very foundation of the Church’s basis of authority is questionable when the Judgements’ existence makes them out to be a farce at worst and a misguided tribute to the Sun largely supplanted by the Presbyterate since Stone is far nearer at best. To say nothing of how the man seems to be unaware just how bloody awful the consequences of allying with the FINGERKINGS to do it could be, or that said Fingerkings were in cahoots with the Devils at one point.

Speaking of which, any consensus on who the “King of Dreams” is? A Fingerking, or something else?

I imagined something greater than the Fingerkings.
As for the Devils… the Bishop’s plan is misguided and will get us all killed but he is the only one worrying about the Devils’ soul theft and the only one trying to do something. Forget if there is a God - there are “devils” here and they take advantage of the worst aspects of Victorian society. So… I aid him every way I can, though he has to be reminded when he has gone too far (i.e. always).