Situated in a secluded address off Ladybones Roads. A voluptuous townhouse is situated far from the main streets and currently brimming to life with guests. 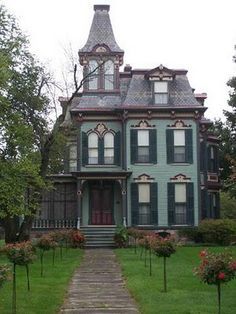 The invitation seemed simple. “You are cordially invited to a soiree where we can discuss this Election. Bring your Sunday best while chatting with refined supporters in comforting confines of a humble abode.” Though the invitations have simply been marked by a mysterious benefactor whom goes by V, plenty of people in all lives of Neath come in and out the doors. Some are heated in debate, others enjoy the array of hors o’devours and cuisine situated in the dinning hall, and others have taken to the private rooms situated on the second floor.

Come in, relax, and feel free to chat with all patrons.

[ An Election/casual IC chat thread for everyone. Just remember to be courteous to others. ]

I say, Amelia. What a delightful house you live in! Quick question, is that grass and are those trees genuine? It must cost you a fortune to keep them alive down in this darned cave!

Right, you wanted to discuss the election. I myself still support the Contrarian. You might’ve heard some peculiar things about what goes on behind closed doors in his headquarters, but I guarantee you it’ll all end topside up, don’t worry. The Contrarian is a very sharp man, he’ll know how to tackle it.

Eli struggles with his cravat as he approaches the building. He only really plans to make a public appearance, down some drinks and roll out of there without making too much of a splash.

As he gets to the front steps of the building, he stops his wheelchair and sighs. “Where’s EZ when you need him…”

[ Note to self: Do not try to make a thread when sleep deprived. If anyone wants me to change anything just ask. ]

It’s simple for anyone to find an invitation. The streets are cluttered with notices and some chatter about supporters going. Though there is work that warrants her attention, Amelia goes dressed in all black in case she needs to escape into the night. But as she approaches the place of address, she notices someone in a wheelchair. She doesn’t think and simply aids them only double taking when she realizes who it is. Though before she can ask, she gets bombarded by questions.

&quotNot me place,&quot she says rather pungently. &quotNone o’ me places be tis gaudy. Didn’t ye get an invite? Don kno who owns tis or who has tha money ta toss 'round. But it’s rather large fer somefing like tis.&quot She scoffs about the Contrarian.

&quotYa ‘n I heard he be mingling harder wiff ta Calendar Council these days. Fink what ya want but when ta bloke be buryin’ himself 'n more trouble than tha days be long.&quot
edited by Amelia Syrus on 7/15/2016

“To think that someone with such flagrant revolutionary ties is making their way upward in legitimate politics. That’s insane.” Eli somehow has a glass of brandy, it’s unclear where he got it.

“Of course, Id prefer the revolutionaries to try for office to fit their needs instead of committing acts of terrorism on the already-downtrodden. Gives us something to think about, certainly.”

&quotAye yet tha Contrarian stands 'n a sticky stitch wiff whas happen lately. 'Eard his manager got tha boot 'n someone new be ‘n thar now. Hard ta even tell if’n he’s makin’ appearances like he used ta too. Makes ta bloke seem like a puppet than a candidate ta me,&quot she looks over to Eli. Her eyes set on the glass in his hand before drifting to the vast array by a nearby table. She holds back on notes to return later to get sloshed.

“The idea of a ‘clean’ election seems foreign already.” Eli thanks Amelia when she brings him up the stairs, raising his glass with a nod of recognition. “Any one person in this city has enough skeletons in their closet to make a devil red in the cheeks. We’ve got a socialite, a prostitute and a bishop running for office. Imagine who’s got the upper-hand in terms of ‘cleanliness’. The answer might surprise you.”

Amelia snorts a bit. &quotAye ‘n at tha same bloody time naught no one droppin’ tha race. Just tons o’ blokes switchin’ sides as time goes.&quot She personally finds that an odd ordeal. But then she was never much for politics until recently. &quotCalendar Council, Devils, Nuns… seems like every life 'n Neath wants thar hands 'n tis election. But ya hafta ask yerself why push fer someone else when ye can get yer voice on a ballet?&quot

“If everyone did that it’d a ten-million way tie. Not including cats and such.” Eli shrugs, taking an adventurous gulp of brandy. “I suppose we need people to represent our interests, we aren’t all so charming.”

&quotThink what you want, but the Tomb-Colonies stand behind him and damn it, so will I. It’s best I not tell too much about his new ‘manager’, but it’s a safe bet that they’re going to be a liability.&quot The colonist shrugs impertinently,
&quotBut you might be right, you know. He might be too far in for his own good. However, a long time ago I was man of my word, and I’d like to think that some part of that man’s still here, somewhere in these sodding bandages.&quot The morose man fiddles with the loose end of a silken bandage trailing off his arm. &quotIt’s not going to matter, anyways. It’s clear that Jenny has the upper hand here. Still, I’d stick with the Contrarian even if he were competing with the masters themselves, he’s the kind of chap that can get a man to do that. I admire him for that.&quot
As he speaks, the Mirthless Colonist’s bandages start to uncoil. Throughout the entire conversation, he indefatigably tugs at them in an effort to get them back into place. When they threaten to unwrap themselves from his face, he excuses himself. &quotThey’re Polythremic weave, you see. They don’t like being still for too long. I’ll be with you again shortly.&quot
edited by Infinity Simulacrum on 7/15/2016
edited by Infinity Simulacrum on 7/15/2016

&quotYa which is why lots be placin’ thar bets ‘n who thay fink be a good choice. Bit o’ a shroom race but more of an easy mark when everyone nudges thar best ta tha center.&quot She pauses and looks to the Colonist. She tries to say something but can’t find it in her when he keeps tugging at his bandages.

&quotSurprised yer cloth don shriek, mate,&quot she finally gathers. &quotBut naught like we be movin’ from our spot.&quot She watches him leave and she looks to Eli. &quotLest ya feel like bailin’ now. Could buy ya some time.&quot

“Hm? No, no, I don’t think so.” Eli scratches the back of his head pensively. “I wasn’t expecting to see anyone I knew here, so I guess I’ll stick around for a tick or two. Maybe I’ll learn something… Speaking of which, why are you here? I mean no offence, but you never seemed like the political type.”

&quotMight be true or I could haff found ‘n interest in it lately,&quot she huffs out a small chuckle. &quotThought tis be a nice place fer many fings. Naught just hearin’ some blokes be blue 'n thar faces over politics. Be a safe bet ta see what kinds are drawn by ta Election.&quot Though by her smile, it’s clear she’s not just here for that either. &quotSo far it seems alright but never fought I’d see ya ‘round. Naught after ta way tha news be churnin’ bout lately.&quot

She’s read the newspapers, seen the headlines and the various whispers about what happened. It would be a smart investment to hide. But then again, she was told before he doesn’t hide. &quotSuppose ta best fing outta tis be ta liquor,&quot she continues. &quotCan’t go wrong when it be flowin’ like an endless river.&quot

“Amen to that. Nostrovia!” Eli finishes the rest of his glass, already looking for another. He’s wearing Candle Gloves and he continues to wear what appear to be sunglasses even though he is still in-doors. The lens reflect Amelia’s unreadable visage back at her. “But you’d be slipping by now, if drink is what you were searching for. Surely there isn’t anything you’re looking for that I might be able to help with?”

Amelia gives him a concerned look before shaking her head to him. &quotNah. Ya already did,&quot she says rather calmly. &quotNo need ta catch me tail when thar be nofing ta catch here. Lest o’ all anyfing life threatenin’ wiff tis bloomin’ place.&quot She grabs a glass from the table and keeps it close to her. &quotBe brimmin’ wiff servants, saints, 'n all between yet I haff yet ta see tha host step out. Seem a bit odd, don it?&quot

“Odd, sure. Rude, absolutely. Cause for concern, probably not.” Eli peers out a window for a moment to confirm that Nevermore is still circling the house, ensuring everything is hunky-dory. Eli isn’t in a place to defend himself at the moment, so a birds-eye view is invaluable.

“I wonder why he didn’t throw his manager out - he and the revolutionaries aren’t always known for seeing eye to eye. . . and how where the Manager of the Royal Bethlehem disappear? Figured he was tougher then the average chap. . .”

The Mirthless Colonist returns, his bandages noticeably despirited, it’s almost as if they’ve recieved a stern talking-to. “I’ve seen him walk through London a few times, that manager. Doesn’t seem like the kind of fellow anyone would dare lay hands on. He’s too rich and too influential for that kind of thing, not to mention lacking in real enemies. They probably just severed ties with him, is all.” He considers his glass of mushroom wine, and quickly thins it out with the contents of a bottle of Black Wings Absinthe. “Of course, does it even matter who gets elected? I’m not really informed on what a mayor would actually do, but it doesn’t seem like anything that even remotely threatens the power of the masters.”

There’s a moment where Amelia is startled upon hearing Dirae’s voice. But once she sees them, her demeanor smooths and she nods in agreement. &quotAye, found tha rather strange meself. Course thar be many buzzin’ bout ta discourse between ta Contrarian ‘n Manager as o’ late.&quot She looks over once the Mirthless Colonist rejoins them.

&quotDon fink havin’ a mayor be a state side fing. Bournmouth had one thar though I fink it were more ta regulate trade than anyfing.&quot She shrugs. A lot of her time there was mostly a faded memory at this point. &quotBeautiful place out thar, if’n ta shore be yer first love. But I agree wiff ya, seems more o’ somefing tha masters want ta inplant… implant… err add fer some… suppose security fer ta people than anyfing ta me.&quot