A struggling beginner - help with Echos?

I bought Sunless Sea a couple of days after release and have been playing it on and off from then (I haven’t had much time to really get into it, though it did inspire me to create a Fallen London account as well!).

I’ve found though that I’m barely hanging on by a thread - Echos are extremely hard to come by and I only barely scraped my way back to Fallen London with no fuel reserves on my last trip. Any advice I’ve read has suggested the best way to make money is to explore and take risks. I’ve been trying to do that, with a few expeditions reaching more than halfway East across the map, but I’m only barely covering expenses right now. Those new engines and weapons in the shop still seem like a far-off dream to me!

Anyone willing to advise a beginner on what they may be doing wrong?

Take Bruiser’s proposition, and try to find either Salt Lion’s or Avid Horison. The former gives you stable(for some time) trade route with good income. Latter gives you Hunter Eye, deliberately first item in Curator’s quest. Collect all port reports while you travel to those destinations and give them to Admiralty when you return. After that try to find Principles of Coral, quests there will probably give you enough cash for early-mid game. Do not update engines or weapon before you can afford better ship. There are detailed guides for beginners in Internet also.
edited by Riesbyfe on 2/21/2015
edited by Riesbyfe on 2/21/2015

I’ve had no luck in finding those locations so far - but I’ll keep an eye out. Unfortunately many of the guides I’ve found seem to be a bit outdated, and are based on an earlier version of the game before release which is often obselete.

Thanks for the advice - much appreciated!

Avid Horizon is actually not too hard to find: sail north until you hit the top of the map, and then sail east. Just make sure you give Mount Nomad (and the lifebergs, for that matter) a wide berth.

The Salt Lions is always near london (west of it, within a couple tiles)

Also Pigmote Island is a good source of early money. (And will refuel/supply you afterwards)

And Demeaux Island is good for resupplying.

For a beginner, searching for specific ports for quick cash is gonna take quite some luck… So good luck!

A method that’s easily available anytime for fuel and echo upkeep is port reports. As you explore around, stop by at ports you’ve already discovered at least once. It’s up to you to figure out the shortest route to get as much port reports in a single trip while being able to expand your range. Port reports give you 1 fuel and 10-75 echoes each.

Also, it’s important to know that lights use fuel. Turn it off to save fuel in exchange for more terror gain. Take note of places that reduces terror so you can manage your terror. This will drastically lower your fuel uptake. Don’t over do it though as terror can cause a game over too, keep it low… Hunter’s keep and the lightship near london are good starting places for terror reduction.

I mean, it’ll help a lot if you have SAY every time you visit a port. It’s that bell you hear when at sea long enough.

I’ll drop my video into the mix. You might find it useful - it’s for making the first 2500 echoes, exploit-free, and from post-launch. 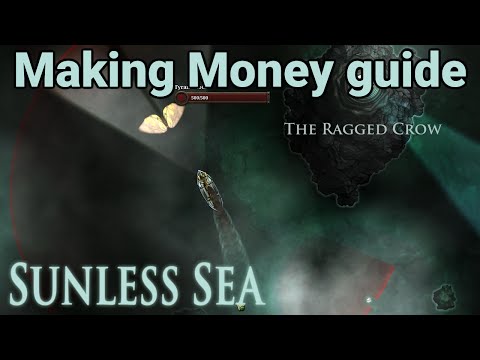 In summary, take the tomb colonist north to venderbight. sell the book. spend all your money on fuel and supplies, don’t come back 'til you have at least 10 port reports. Repeat, adding in new ports on each trip. If you don’t make it the first time, try and work out what went wrong, and do it better next time. With 20 fuel and supplies, you should be able to uncover up to 15 ports on that first trip out, which will set you up nicely for a rolling start. Forget about terror. Conserve fuel. Once you know how the map’s laid out, you can use fuel more efficiently. And don’t underestimate the zee-bat.

If you’re beyond that stage, the others all have great advice (port reports, port reports, port reports, always port reports, even in the late game), to which I would add, going to venderblight as often as possible and taking tomb-colonists on a tour. Along with clay men from polythreme to london and passengers from mangrove college to london/gaider’s mourn. Salt Lions and Blind Bruiser are good too, but the blind bruiser can be risky for a new player, because he forces you to find somewhere before you return to London. I lost a captain that way, and Salt Lions requires having 200 echoes to invest to make any money.

Salt Lions works even better if you have a merchant cruiser and a round thousand echoes to invest.

Speaking of Salt Lions, I just started a new captain and had it right next to Hunter’s Keep.

You can get Salt’s Attention for free from Cynthia in Hunter’s Keep.

I’d argue you should use Cynthia for her early +iron bonus, but it’s a fair call if you’re strapped for cash.

Thanks all for the advice, plenty of new info to try out!