What new companion do you want for the next Feast?

Oo, good question. For a start, I’ll be well chuffed if we can upgrade some of our existing companions to Spouses (I’m particularly thinking of the Quiet Deviless and Revolutionary Firebrand, but that’s just 'cause they suit my characters.)

As a committed… er… commitment-phobe, I like to see the companions as exactly that - in other words, I don’t think we HAVE to infer a romantic element. Course, it’s hard to imagine any of them being able to resist my raffish charm, so their flirtatious behaviour is only to be expected. Doesn’t mean I have to reciprocate though. That, in any event, is how I justify my growing number of companions, which includes several that are not necesarily to my character’s taste.

That being said, I’d very much like to see Virginia added as an option. Clearly there is an overlap in interests, and the Devils have shown themselves more than capable of forming cordial relationships (and more) with Londoners. Feducci would be an awe-inspiring person to have as a close friend.

There are many others I can think of. The Woman in Green would be interesting.

I like to see the companions as exactly that - in other words, I don’t think we HAVE to infer a romantic element.

Agreed - not that I’m averse to affection or anything, but Sir Fred is married, Hubris and Esther are playing the field (so to speak) but still have intended partners in mind, and Juniper is far too young to be interested in such things. Perhaps the companions they pick up have certain hopes for their acquaintance, but they may have to be content with friendship and good-comradeship.

(For the record, Sir Fred brought the Pirate Poet and the Monster-Hunting Academic into his intellectual circle; Hubris dallied with the Spy but still holds out hope the Deviless will accept him; Esther stepped out with the Diplomat but thinks the Firebrand to be a better match; and Juniper is haunted by an Ape and a Ghostly Presence.)

Regarding the original question… I might imagine Failbetter would want to promote Sunless Sea with some tie-in characters, but they’ve already done that with Hallomas - there’s not many left to use! Who else is new-ish in the canon? The Royal Family, who already have some amount of representation in the Feast… some of the Calendar Council… I wonder if some Neathy equivalent to someone from the Last Court could make an appearance?

I’m always very fond of the chances to upgrade/evolve existing pets, as in the Nadir and at the Feast. I’d like to be able to turn my innocent little goldfish and frost-moth into something fearsome.

I doubt it would ever happen, but I’d love to have the Sardonic Music-Hall Singer as a companion. It would be difficult to justify having an Acquaintance stat for a companion, but I suppose you can obtain the Quiet Deviless and then lose your Intimate With Devils quality.

errr… not sure i want more “pets” for my main. my equipment screen is looking rather cluttered now even though i’m not much of a “pokemon collector”. one of my newer alt could uses more pets though. maybe someone more shadowy?

i would like the cheesemonger’s daughter to be a new “pet”, but i think my alt blew them all up.

The Jovial Contrarian might be a fun companion to have around

I’d like to make friends with the Keen-Eyed Lapidary’s far more adventurous identical twin. I’d also like to befriend a member of the Face at the Foreign Office. In fact, they could even be the same person.

how about a Wide-Eyed Sailor? Yes, Sailor, with an S - someone who came to Fallen London in one of the little ships from the Surface in time for the Feast and just couldn’t tear themselves away.

I would really like a rubbery companion. I am making do with a rubbery hound. From the wiki it seems such a companion already exists, Rubbery Conspirator, but it is impossible to achieve in game.

I’m always very fond of the chances to upgrade/evolve existing pets, as in the Nadir and at the Feast. I’d like to be able to turn my innocent little goldfish and frost-moth into something fearsome.

I second Ruen’s enjoyment of evolving my Pokemon…er…companions. Though is there a pet one can upgrade currently in the Nadir or at (past) Feasts?

It would be nice if, in addition to companions, you could upgrade (or renew if you compare this to the missionary/revolutionary) spouses. Right now they don’t do much unless they’re the boneless consort with it’s sweet sweet +3 bizarre. It would be nice if you could make the other spouses provide a point or two of BRD. Maybe married players could renew their vows to make their marriage provide +1 of each?

Come to think of it, it seems that we never get to mess about with the more typical Constables, Special or not.

I bet they get into conflicts with the Rubbery Men out of jealousy.

This doesn’t apply to me, but perhaps some people might want the Barbed Beauty and the Acclaimed Wit from the Court back?

@Qqsmio: Try going to the Nadir with a Devious Henchman. Yes, the cheap one.

Will do. Thanks for the advice Knoht. 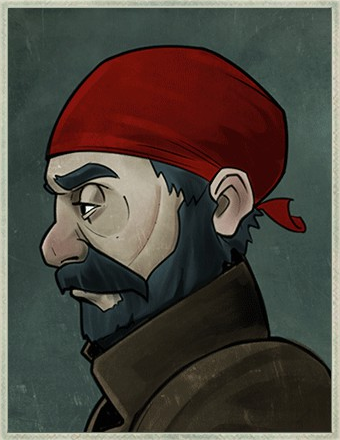