Here is some fanart I commissioned from Pugletto 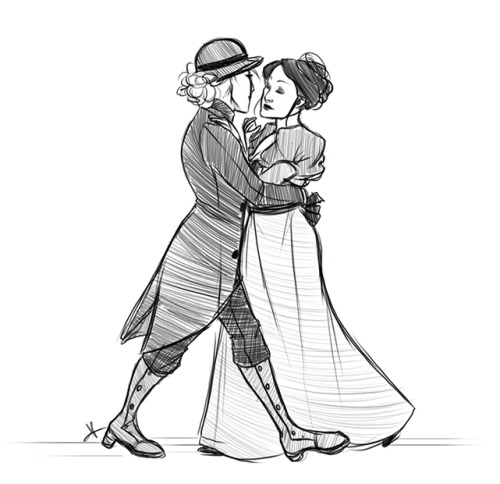 I only saw a really old fanart thread and I did know if I should necro it or not, so I didn’t.
edited by Forthright Thief on 2/10/2017

Awwww. That strikes the right spot between too romantic and too… er, not.

I haven’t updated this in a while, but I haven’t commissioned any fanart of my FL character for some time either.

But I recently did, if you follow the failbetter tumblr you might have seen it, since they reblogged it. This was done my Lady-Amaranth. It’s another scene of The Forthright Thief, my character, and her wife, The Devout Intriguer. Mainly I had been wanting to get some cute couple-y art of something and they seemed like a fun option for the time. 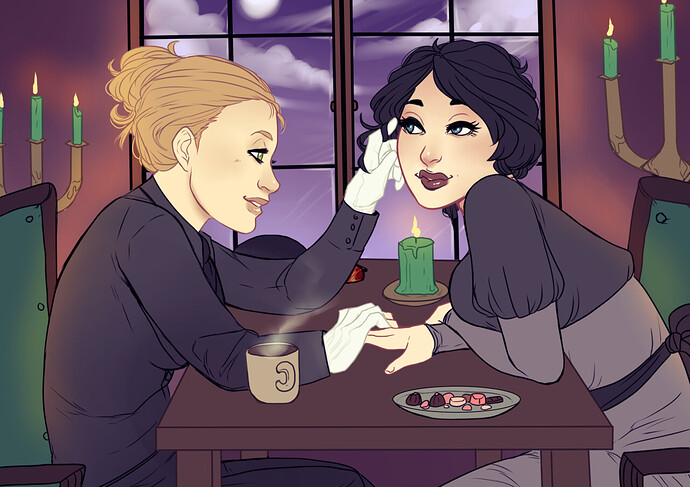 The Foxfire Candle Stubs and the tray of candies are delightful and cute little touches!

The Foxfire Candle Stubs and the tray of candies are delightful and cute little touches!

Thanks for the kind words, I’ll pass them along to the artist. I requested the candles be specifically added because a snuffer’s gotta eat, but the candies were entirely the artist’s idea.