Has anyone played this? It is written by one of FL and Sunless Sea writers, Richard Corbett. 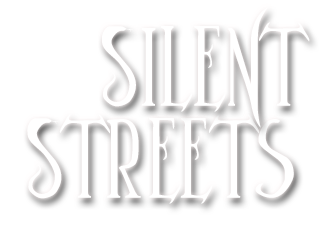 An official website for Silent Streets, an innovative detective mobile game for iOS and Android.

I never had the opportunity to play this marvelous game, I thank you for the recommendation.

[materialised out of thin air] Dear Sir Werther, Ms Parelle, So how did you find our game? What are your comments and critique?

id love to play this to it appears to only work on phone devices of which my self being one of the rare weirdo’s who doesn’t have a game capable phone on me makes it unplayable.

I’ve looked at it twice now and am unable to play for the same reason as Mr. CRM.

I, too, have no mobile phone, and must give this a miss, alas.

It’s hard to do inside a house, strangely enough. But it’s nicely done and has style - just employ headphones and head out for a walk around the neighborhood…

Thank you Parelle for your feedback! The game has a cheat prevention system: it checks your GPS coordinates to make sure you have actually moved somewhere and not simply shaking your device. Hence the slow step count inside. Glad you liked it otherwise :) You can sign up for our newsletter (http://www.silent-streets.com/order/) and stay tuned to Episode 2, hopefully coming out end of August. Cheers!

You know, I have to admit, I fell in love with that game lightning-quick. Found myself caring about the characters, including my player character, in truly record time- like two lines of dialogue in, before I even took my first (literal) steps. Then I grabbed my dog, my boots and my phone, and went to park to score some of these steps. The 3am walks through dark places really enchance the game’s atmosphere. It’s probably even better with AR, but since my phone is old and cheap, I consider it a sufficient miracle the game runs on it at all, AR-less.

God bless, nay, gods, all gods, bless the coder who made the step counter work when phone screen is locked. If only the sound worked, as well- shame about the music stopping, because it’s a nice moody little tune, and triple shame about the events that stop the step-counting not being signalised. A buzz or a little jingle would be appreciated.

The game experiences some traditional GPS issues of the &quoti had 200 steps to make, I walked five kilometers and it says I still have 199 steps to make&quot variety, as well as lagging interface (might be my old phone being old, though), but it’s so damn charming I just can’t be mad at it.

Thanks Gronostaj for your praise and your feedback! Actually there are push notifications (typically vibration and sound) when you get an encounter, maybe you turned them off in your phone’s sound settings?

As for the music and sound, our initial plan was to let the player listen to the Victorian streets when she walks but then we dropped it - many players prefer listening to their own music (or none at all), plus the modern urban noise is often too loud and outright kills all nuances in the game sound.

What you mention about the step count is strange, please send a brief support email to hello@funbakers.com if you can.

Thanks again and hopefully see you in Episode Two, The Mockingbird’s Last Dive :)

You can get it at an early bird price now: ‎Silent Streets Mockingbird on the App Store
The new episode is distributed by Playdius.

Mockingbird in a nutshell:
• New story by Richard Cobbett. Features a boxing priest – no mean feat!
• Your favourite characters - Inspector Gage, Evelyn Magrath and Compass Rose.
• Crime scene investigation rendered with Apple ARKit augmented reality technology.
If your device is not compatible with ARKit, you will get 2D scenes (which also means bonus artwork!)
• Dozens new illustrations.
• 5 achievements.
• 3 travel options - walk in real life, wait to hitch cab, or find the cabman’s missing wife and get a ride immediately.
• If you choose the walking option, the pedometer works indoors and even on the treadmill. No GPS access is necessary, which also saves your battery.
• New sound scenes and complete voice over.
• High quality German, French, Italian and Spanish text localisations.
• Finally, it’s a premium game. No IAPs, no ads, no Facebook integration. Simply buy and enjoy.

Hope you’ll like it, and please let me know if you think my post here is inappropriate.
Thanks a million!