Privy at the Bazaar

[quote=Gonen]Dear god, I cannot believe I’m replying to this. Sigh.

…Or with fate…pay the Masters to do it for you…

(Why am I actually replying to this thread? This seems like a mistake.)

What might the other 2 or 3 stories be? (Would there be a two-part story?)

What theme-related unique items would they give?
edited by Cimanyd on 12/22/2015

The theme would probably be Justifiably Hidden or something to that effect.

Hmm…you know, that theme seems to fit a certain infamous quest perfectly. Perhaps the final story would lead to a re-introduction of the Mr. Eaten content?

So I finally got around to playing The Return of Mr. Crapper and I have to admit that I was pleasantly surprised. After the introductory storylet about brown foul-smelling grafitti on the wall of St. Fiacre’s, I expected a torrent of scatological jokes, but the rest of the story was quite tastefully done (a few exceptions notwithstanding).

[spoiler]The London part of the investigation into the link between grafitti and the ‘ancient exile’ was pretty interesting. I particularly liked the little references to Seeking the Name and TRAVELLER RETURNING. The bit with the Urchins was one of the aforementioned exceptions, but it was thankfully short, and I guess all that toilet humour is thematically appropriate for them.

The real meat of the story was, of course, in Far Khanate. I didn’t get a chance to explore all the carousels available there, but from what I’ve seen, it seems to be a great place for either grinding or spending one’s Great Game connection. Alas, my Suspicion was spiralling out of control, so I did just enough to get an audience with the titular renegade Master - or, as he used to be known in the Fourth City, the Khan of Dung.

The story of his self-imposed exile and potential return raises a few questions about the current Masters. As we know from Affair of the Box and other sources, not all of them are united in their opinions on London. Crapper/Dung’s actions set a dangerous precedent for them. Who would stay behind with London’s overzee colonies? Who would return to Sixth City at its hour of twilight?

When it came to the big choice, I predictably picked the status quo and convinced Mr. Crapper that this particular trade portfolio was already divided between Pages and Veils. The demonstration challenge was another of the aforementioned exceptions, but one that was fairly funny. Note that, unlike the ‘Intoxicating’ quality in the Flint story, the value number for ‘Soft Tissue’ on the items you use actually matters - the higher it is, the greater the progress. I’m not sure how low-level players are supposed to reach the target number, unless they were lucky enough to bring a lot of Proscribed Material and Whisper-Silk with them. As for me, I took this opportunity to, for the lack of better word, dump my excess Theosophistical Research Notes, Sworn Statements and Pages of Salacious Copy.

(And no, going over 200 doesn’t give any extra benefit, so there’s no reason to wipe it with Veils-Velvet, Crimson Book or the wedding letter from the Empress. Unless you really, really want to)

Upon returning to London, I got a nice reward from the Masters and other interested parties. If anyone picked the other option - to become Mr. Crapper’s agent and assist in his eventual return - please PM me or just post a journal echo link.[/spoiler]

So, maybe de Quincey wrote an essay “On crapping considered as one of the fine arts?” It would tie in with the next Exceptional Story cycle.

Major &quotSoilers&quot I think you meant.

What did i just read

What did i just read

I just read all of this! My eyes…

You did that on purpose, didbn’t you!

You did that on purpose, didbn’t you!

Yes, I know. My puns are shit. 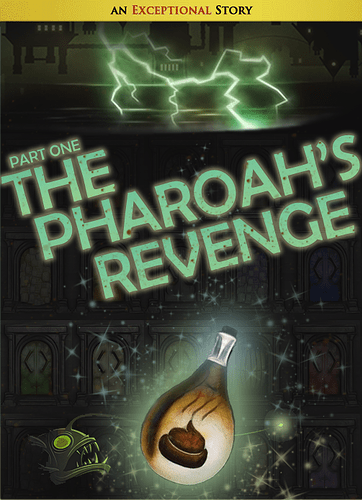 You will have to explain this one. Why is the Pharoah;s revenge excrement?

That’s why they are full of it.

I thought I’d bring in my two cents to this most marvelous of speculations.

I just now purchased my premises at the Bazaar, and the following small dialogue popped up:

Perhaps you’ve wondered," Penstock says, “why the Bazaar is so close to the river.” He watches your face. “But I can see you’re too wise to ask.”

He of course means that the important folks of the Bazaar premises like to take walks along the river. Nothing suggesting any manner of bodily functions, I’m sure.

How long do you think we can keep this gag running?

Also, what do you think the jugments or the shapelings excrete?
edited by Agent ‘Trilby’ on 1/1/2017

[quote=Trilby ]How long do you think we can keep this gag running?

Also, what do you think the jugments or the shapelings excrete?
edited by Agent ‘Trilby’ on 1/1/2017[/quote]

Judgments? Well, stars mostly produce helium from their nuclear fusion.
Helium: An extremely buoyant, noble gas.
That’s right. The Judgments are so high-and-mighty, even their waste products rise above us.