The discussion on this particular topic has started back in the Website Redesign thread and I feel it’s definitely something worth pursuing further! That’s why I decided to make a separate thread so we wouldn’t clog up the other one.

I’m sure we’ve all noticed the slow but steady change in the art direction of the game - moving away from the cartoony portraits of before to a much more realistic style. What are your thoughts on it?

Personally, I’m not too happy about that. While the new art blows the old one out the water with sheer skill and attention to detail, I feel like it lacks most of the personality that the old, cartoony portraits possessed. I felt like the art style of Sunless Seas was the perfect mix of skill and style, looking much better than some of the previous pictures (coughcougholdduchesscoughcough) but still keeping the personality and charm.

Personally, I like the new pics - with His Amused Lordship as the one glaring exception.

However, I never had a problem with the old style. If there’s something I don’t like too much it’s seeing old and new portraits next too each other - they don’t mix very well. That’s why I hope the remaining ‘cartoony’ ones will disappear rather quickly now, since I don’t think the new ones are going anywhere (unless the community response is overwhelmingly negative).

In the end I guess I don’t have a strong opinion on this topic, except for that atrocious HAL portrait, but I guess Time will heal this wound, too ;).

If they all disappear it’ll suck the charm right out of the game :(

Admittedly, some of the art in the game definitely needs to be updated. The changes made this Hallowmas were reasonable and the updated artstyle could still pass as Fallen London art – However, the more recent changes, like the ones made to the Secular Missionary and the Revolutionary Firebrand, don’t look like they belong in Fallen London at all (Not to mention their portraits were one of the last things in the game that needed changing. Looking at you, Chruch Renown icon).

Personally, I hate seeing the quirky old artstyle we all know and love get replaced by photorealistic portraits-- Not because the new style is bad, but because it’s so wildly different from the rest (The perfect example being the new companions, which look like they were designed for Sunless Skies, not Fallen London) and I hope that in the future they at least try to tone it down a bit to match Fallen London or Sunless Seas’ style.

I’m conscious that these kinds of threads often become a place for people to gather who may have grievances or strong feelings to air. Perfectly content people rarely come and rave, and I’ve seen a fair bit of pushback over the new stuff, so just in case any of the artists ever see this - I like the new style!

As phryne says, it’s a little weird seeing the new stuff right up against the old stuff (the artwork has come a long way since the early days), but I love a lot of the newer-style portraits, as well as the increased amount of new artwork we’re getting since the art department doubled in size. Okay, it only went from one to two, but still. As much as I’m attached to the old web 1.0 look of Fallen London and the (sometimes slightly wonky) cartoony artwork, the new direction is also very cool.

The cartoony portraits had a special charm in them - sure, some artwork needs to be updated, but I feel lately said updates have come at the cost of that special feeling the old artwork had, makes sense what am I saying? :) It’s not godawful per se, but personally, I thought that quirky drawing style added a unique feel to Fallen London. With the photorealistic new portraits, though, it feels… strange. Like it doesn’t really fit with the atmosphere of the verse, which has been bothering me for a while.

Also agreed with the above comment; the new artwork feels so different that (at least to me!) it feels just jarring.

It feels sterile. The characters don’t feel alive they feel like pictures.

The faux-realism is already rather bothersome due to how out of place it looks, but it’s gotten worse lately due to the utter of the Missionary and Firebrand. They, along with the Vistor from the Feast, all look completely obscured in the shadows around them. It’d be a good mood piece if it wasn’t the only look we had at these characters.

The Incarcerate is remarkably FL though, and partially makes up for the Dowager, who looks so glossy I’m convinced something inhuman, like a wax figure.

Or perhaps a snuffer wax figure?

Looking at you, Chruch Renown icon.

Say what you will about Father Norton, but you can’t deny the personality (and lust) is just oozing out of him.

isn’t the Incarcerate older artwork anyway? I know I’ve seen that pic before 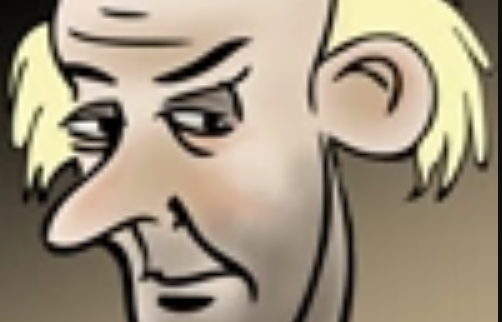 Say what you will about Father Norton, but you can’t deny the personality (and lust) is just oozing out of him.[/quote]
He looks like he’s judging us D:

Yeah i’m that happy with the more realistic styles, the cartoony portraits were so much fun, also the Firebrand and Missionary’s portraits are super dark, I was looking at a thumbnail version of the Missionary and could barely even make out her features until I saw a bigger pic

The faux-realism is already rather bothersome due to how out of place it looks, but it’s gotten worse lately due to the utter of the Missionary and Firebrand. They, along with the Vistor from the Feast, all look completely obscured in the shadows around them. It’d be a good mood piece if it wasn’t the only look we had at these characters.

You raise a good point - the Missionary especially has some heavy mood lighting which makes the portrait extremely hard to read when in your inventory:

The Enthusiastic Visitor, meanwhile, just seems like a big fan of the highlighter-only makeup challenge. ;)

Yeah it’s “change your face when it gets too greasy” :P

Hey, it’s worked for them so far! (except Fiacre’s maybe, his noggin is as shiny as they come)

I’m a fan of both art styles. While I prefer the newer realistic images, the cartoony old images don’t bother me. In fact, I find them charming to come across occasionally , though perhaps that’s partly from nostalgia.

The only artistic thing that bothers me is when a new item/person reuses an old piece of art with no alteration whatsoever.

Honestly, I’m a fan of both styles! The older cartoony style has its quirky charm about it that’s almost become iconic for Fallen London, and on the flipside, the newer artstyle has such an elegant beauty about it that simply oozes with the styles of the late 1800s. I’d also be remiss not to mention how giddy I feel when waiting to see the newest face-lift for a character’s new look (I personally loved the new HAL art, even if I wished they’d kept his hair brown). All I can hope for is that they find a healthy balance between traditional cartoonish and the newer stylization. If reworks of older images could receive a simple touch-up and a few newer images retain that old style, perhaps they could keep a healthy balance between the two styles both being in the game. Don’t get me wrong, I love the old art and don’t want it to disappear, but I’m also afraid of not letting the designs grow into something new. Hopefully they’ll be able to satisfy both worries at the same time.

Look, there is no room here for ‘fans of both styles’.

Or any kind of reasonable discussion, acceptance of different viewpoints, or any of that modern nonsense.

Fallen London is clearly set somewhere around the end of an alternative 19th century, with a whimsical art style inspired mainly by things created in the other (allegedly ‘real’, but quite insane) 20th & 21st centuries.

And there it shall remain. For perpetuity!

Sarcasm aside though, this sort of thing:

is really putting me off.

That could be +5 respectable, and I still wouldn’t use her because the goat/owl has way more charm.

Well, as it was said earlier, Sunless Sea portrait art style was perfect mix of realism with Fallen-London’ing cartoon’y. I agree, that recent Missionary/Firebrand are leaning waaaay to much into faux-realism side, while many old icons are just too simplistic.

Stick to the Sunless Sea style guidelines, and all will be well, and all matter of things shall be well!
edited by CatLady on 2/14/2018

I want the old Revolutionaries art (the one with the bomb) back. It was updated like 2 years ago and doesn’t look nearly as good.

On the other hand, some of the old art, like the old male devil, were pretty awful.

Personally I detest the search for “realism” in game art, since it loses a lot through lacking stylization.