It’s a nice gift, but wasn’t supposed to be the equivalent of 100 actions, instead of 50, for “special friends”?

No I don’t think it was supposed to. Where did you get that?

An email went out that said that Exceptional Friends would get 100 actions worth of coffee rather than just 50.

Indeed. Perhaps the Coffee is intended to refresh both candles instead of only one? If so, it’s not doing its job. 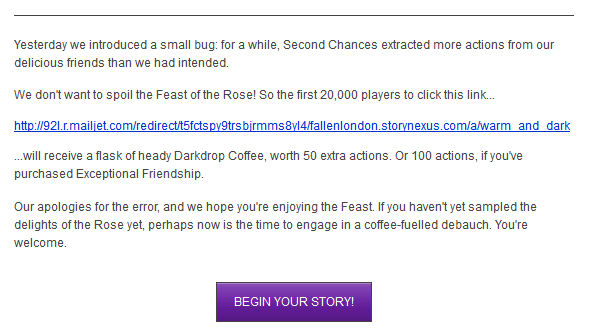 As discussed in another thread, it was an error in the text, not in the function. Here was Alexis’ response to my bug report:

Sorry! Our mistake - it’s fifty for everyone.