A dossier of Fallen Londoners

Does your Neath-dweller have a character sheet, profile/bio etc. online other than the in-game one? Perhaps an in-character Twitter? I thought it might be a good idea to gather them up in one place to save hunting. Reply with a link (or more, if you have multiple characters!) and I’ll periodically edit this post to list them all.

I’ve put these in alphabetical order by surname for now. As more people are added to the list I might find a better way of organising them.

This fellow has a profile:
http://theodor-gylden.livejournal.com/2871.html

I also have another fellow (sometimes-a-lady) who is unfortunately without. There is an absurd chart of rumors, though:
http://www.mindmeister.com/94452533/things-people-say-about-narci-truths-lies-gossip

I’d love to add a profile, but I’m just wondering first, is there a set sheet we could adhere to or is it up to us?

I don’t have a set dossier, but I do post (out of) character status updates on my blog every once in awhile: http://www.melibabe.net/blog/archives/tag/echo-bazaar

Mr. Attford makes a home away from twitter on LiveJournal, and his character sheet does too. 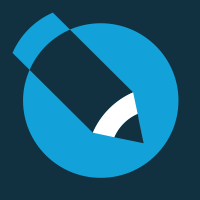 Repost of Nathan's character sheet, since having it on my own journal and not his seemed silly. Originally posted in November 2010, updated June 2011, December 2011, and again February 2012. I originally stole the sheet from ls_cassius. Current to...

Ms. Eris Fnord makes her home above the tailor’s shop ‘Kallisti’ in the Bazaar.
She also lives on twitter and LiveJournal, and can be found here: http://erisfnord.livejournal.com/1452.html
And can be found on twitter at @ErisFnord.
edited by ErisFnord on 12/19/2011

Mr. Unbound can be found at http://asclepiusunbnd.livejournal.com, though he visits there but occasionally. He is always happy to converse via the Twitterings of messenger bats.

I’d love to add a profile, but I’m just wondering first, is there a set sheet we could adhere to or is it up to us?

It really is up to you, but a lot of people use this one (link) as demonstrated by Commodore Creazil. I can’t remember its original author, and there’s certainly no obligation to use it.

[quote=theodor_gylden]
I also have another fellow (sometimes-a-lady) who is unfortunately without. There is an absurd chart of rumors, though:
http://www.mindmeister.com/94452533/things-people-say-about-narci-truths-lies-gossip[/quote]
Love it! Under what name should I add him/her to the list - Narci?

I don’t have a set dossier, but I do post (out of) character status updates on my blog every once in awhile: http://www.melibabe.net/blog/archives/tag/echo-bazaar

I can add that to the list; under what name should I do so? I had a quick look at your blog but didn’t notice a character name.
edited by Inskora on 12/19/2011

Helen can be found in Veilgarden often, even if she lives in a Handsome Townhouse these days.

Her profile: http://thecuriouswritingsofhelendemeter.wordpress.com/information/ but these days she’s on LJ http://helenrdemeter.livejournal.com/

I also host a barrage of NPCs which is a completely different (and long) story.

[quote=Inskora Bournvadus]
Love it! Under what name should I add him/her to the list - Narci?[/quote]

Narci would be just fine – thanks for putting this together!

Aspasia (known by my own name because I didn’t quite know what I was doing when I registered) currently lives above a bookshop with her faithful Predator-esque friend Mister Tiddles and is working toward becoming a Scholar of the Correspondance. Our highly silly and self-indulgent adventures are chronicled at http://aspasiaandmrtiddles.wordpress.com/. My profile is http://echobazaar.failbettergames.com/Profile/Aspen%20Rogers and I usually connect through Facebook.
edited by Aspasia Perivale on 12/19/2011

It really is up to you, but a lot of people use this one (link) as demonstrated by Commodore Creazil. I can’t remember its original author, and there’s certainly no obligation to use it.

Oh that’s lovely! I shall see to it that I write one of those up as quick as a jiffy, thank you most marvelously for organizing this.

I can add that to the list; under what name should I do so? I had a quick look at your blog but didn’t notice a character name.

Currently I don’t have any online description, except for what I’m writing here. My Twitter acccount: https://twitter.com/#!/streetfelineblu

“Quiet, optimistic and somewhat naive, Blue thrives on the streets of Fallen London like a kitten dancing on razor wire.”

What is known: A recent denizen of the Fifth City, Blue (actual name unknown; he only ever introduces himself as Blue. He claims not to be able to remember any better) lived for a brief time in a crampy attic in Elderwick after his arrival, before moving to an apartment above an unlicensed gambling den in Hollow Street. His main publicly declared source of income is his work as a translator (Latin and Italian to English) and as a hired writer and poet, though he enjoys the activity of Amateur Sleuth in his spare time (apparently with no remarkable results). A sociable, mannered fellow, he enjoys good company, and is a regular at the Singing Mandrake, both as a customer and to find work as a writer for hire. When he’s not partying at the Mandrake or with friends and acquaintances at home, he passes most of his free time between the Veilgarden bookshoops, Ladybones Road and sometimes honey dens, gambling houses, and a music hall in Spite. While very reserved on his views about the Bazaar and its politics, he never concealed his interest in the game known as the Marvellous.
edited by streetfelineblue on 12/20/2011

Melanie Keeler has most recently been reachable only by bats on the Unterzee, where she runs a tight ship of criminals aboard an unobtrusive tramp steamer.

You can find her on twitter as @sistermelanie. I’m not really social on there but am always free for newspaper interviews, passing the cat, sharing research, and really anything else you can think of.

I also post stuff on livejournal oh so sporadically (http://sistermelanie.livejournal.com/), but don’t really know the capabilities of that particular social network and so don’t use it much.

Like Blue, I don’t have much of an online presence outside of Twitter, where I am @Syndarr. (I also have a Clay account, @LedaClay, but I don’t do much with that one, for…fairly obvious reasons.) I have also written a grand total of two EBZ-related things on my LiveJournal.

“A well-mannered lady, personable and quick of wit, but there is an increasing air of…instability…about her. What has she seen? What does she know?”

Ever since she first started on her quest to discover a route to the Forgotten Quarter–and her first visit to the Royal Bethlehem in so doing–Eliza Cromlech has been…a little odd. She has always been ambitious, her sights set on the highest heights (or perhaps the deepest depths, in this case), but something she discovered in her early days in the Neath left her with a hunger for more, and she is not particular about what she will do or whom she will associate with in order to satisfy her appetite. There are rumors that she regularly consorts with devils and keeps a Rubbery Man in her lodgings (as a pet? as a confidante? as something more…intimate?). And yet, somehow, despite these blights on her reputation, Ms. Cromlech manages to stay in the good graces of certain high-society types and others it is generally considered advantageous to know. Perhaps they find her antics amusing or her stories enlightening. Perhaps they hope to gain something from her, if and when she eventually does find what she is looking for. Perhaps they are all simply as mad as she is.

The esteemed Commodore Creazil, Phonograph Jockey extraordinaire, has an extensive biographical that can be found here: Here

His show, known as ‘[color=#000099]Radio Free Neath[/color]’ broadcasts the finest music to the Fifth City from here: http://brasslanternaudio.com/radiofreeneath/

Other places to find this dastardly villain:

Ugly Myfanwy can be found here and on 8tracks. They wonders if Commodore Creazil’s Radio Free Neath is accepting applications for Phonograph Jockeys.